Peter Beinart’s two pieces—one in The New York Times and the other in Jewish Currents—are calling for the elimination of Israel as a Jewish state. Beinart no longer supports a two-state solution, but rather a binational state where Jews and Arabs share sovereignty in the territory between the Mediterranean and the Jordan River. This idea is ahistorical, unrealistic and holds Israel to an impossible standard and, if implemented, will likely lead to disaster.

Many Jews feel guilty for the plight of the Palestinians. Beinart’s way of dealing with these feelings is by eliminating the Zionist project—one of the most amazing success stories of national revival in history. Discussing the elimination of an existing state is unprecedented. Israel is not an idea. It has existed for 72 years. No other country in the world is under such non-stop debate about its right to exist while it already does so.Israel was built as a refuge state after the Holocaust and has served as such after many Jews were deported from Arab countries with nowhere else to go. Some of these deportees are still alive. Their descendants are thriving. Is it ethical, even reasonable, to suggest that their refuge state should lose its Jewish identity, their shield, and unite with an ethnic group with whom it has had a bloody conflict for many years in the name of peace?


There is no precedent for a successful reunification between two states entwined in a bloody conflict with different ethnicities and languages. Successful reunifications between East and West Germany or North and South Vietnam were possible because the people of those countries belonged to the same nationalities and were separated only by imperialistic circumstances. In fact, the trend in the last few decades among states with populations of people of different ethnicities, religions and languages is the dissolution of those states to several smaller ones. Examples include the former Soviet Union, Yugoslavia, Czechoslovakia and the states that were created in the aftermath of ethnic conflicts, such as South Sudan and Kosovo.

Israel’s neighboring countries provide further proof. Lebanon, Syria and Iraq all contain different ethnic groups that have been fighting for decades. These conflicts take place despite the groups’ shared history, language and culture—elements not shared by Israelis and Palestinians. Even among the Palestinians, a conflict exists between Hamas in Gaza and the Palestinian Authority in the West Bank. It’s unclear how adding Jews to the mix will create a peaceful coexistence in one state. Considering the hostility and distrust—not to mention the cultural, economic, political and social gaps between Jews and Palestinians—a civil war seems a more likely outcome.

Moreover, while many Israelis support the Palestinians’ right for self-determination, as exemplified by the multitude of peace deals offered by the Israeli government representing them, what is the Palestinian objective? Beinart quietly omits the many times that Palestinian leaders rejected peaceful opportunities for resolution and statehood. Their leaders rejected the Peel Commission partition plan in 1937. They rejected the U.N. partition plan in 1947. They rejected former Israeli Prime Minister Ehud Barak’s offer of 94 percent of the disputed territories in 2001 and former Israeli Prime Minister Ehud Olmert’s more generous offer in 2006. Presently, Palestinian leaders reject even a peace negotiation. Their message is clear: There is no plan short of the end of Zionism (Israel) to which they would assent.

The Jewish state, like any other state in the world, is imperfect. However, Beinart fails to mention that the surrounding Arab and Muslim countries are even less perfect. These countries are, by and large, authoritarian and unfree, and make little effort to integrate their Palestinians, improve their conditions or offer them citizenship. Even in Tunisia, which Beinart marshals as a singular example of Arab democracy even though it has only existed since 2011, one must be Muslim to be president; Islamic education is mandatory in schools; homosexuality is criminalized; spousal rape is legal; corruption is rampant both in the government and among the police; property rights are scant; the judicial branch doesn’t fully exist; the legislative branch is defunded; and the executive branch has declared a permanent state of emergency since 2015. But Beinart doesn’t suggest dismantling any of these countries. Only his guilt drives him to hold Israel to an unattainable standard. Its inability to reach his bar implies its ultimate elimination. This is because for Beinart, the ongoing conflict is entirely the fault of Israeli Jews. The Palestinians’ plight has nothing to do with their actions or decisions. They are unwitting pawns merely reacting to Israel’s stratagems. Yet how is this outlook anything other than the racism of low expectations?

Perhaps most glaring, Beinart fails to discuss Jordan in his proposal. In Jordan, some 50 percent to 70 percent of the population is Palestinian. Wouldn’t a one-state solution work better for the Palestinians in the West Bank and Jordan, who share language, religion, culture and even relatives, than in Israel where the Jews and Palestinians share distrust?

In presenting his solution, Beinart pushes many half-truths and inaccuracies to further his narrative. For example, “Israel is already a binational state. Two peoples, roughly equal in number, live under the ultimate control of one government.” But Israeli Arabs represent only 20 percent of Israel’s population. Beinart intentionally blurs the line between Israel and the Palestinian Authority, which has control over most of the Palestinians in the West Bank, because it serves his position; his solution is a few modifications away from reality.

Israel is surrounded by enemies and fair-weather allies. It finds few outspoken defendants among the countries of the world. And Jewish history, predating Israel’s existence, is a tragic story riddled with pogroms and inquisitions. The fact that Holocaust analogies and references resurface in Jewish discussions is not an equation of Palestinians with Nazis, but rather an articulation of a simple truth: Jews do not feel safe. We feel safer because a Jewish state exists, but not nearly as safe as, say, a Frenchman or an American. Beinart’s proposal to eliminate the Jewish state certainly doesn’t help us feel safer.

At any rate, how does Beinart envision living together peacefully in a binational state when, by his own account, one side views the other as the ultimate evil? He hopes that Jews and Palestinians can peacefully coexist in a binational state where everyone’s rights are protected. As such, Jews are expected to depend on their longtime enemies for safe haven. Palestinians, in turn, will happily share power with those from whom they’ve been trying to wrest it from and destroy for decades—a utopian experiment that, were it established, would likely prove catastrophic.

Anat Talmy is an Israeli-American software engineer living in Pittsburgh. 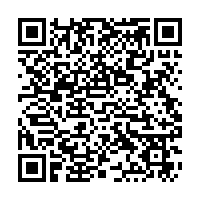