A Jewish-Muslim alliance — which now has morphed into the International Jewish-Muslim Dialogue Center (IJMDC) — is launching the first international-interdenominational conference to be held in Jerusalem this October. The gathering will focus on the heated topic of “The Jordan Option: The Ultimate Alternate Solution” with the alliance issuing a ‘call for papers’ this week that describe ways to support such a solution.

“IJMDC believes that peace will come to Arab and Jew alike through making Jordan into what it always intended to be, the rightful home for the Arabs of the British Mandate for Palestine and leaving the lands west of the Jordan to the Jews” said Michael Ross, IJMDC director.


Jerusalem-based organizer Ted Belman, publisher and editor of the Israpundit Israeli blog, is slated to chair the event.

The list of speakers includes internationally known Jewish and Arab experts. Dr. Mudar Zahran, president of the Jordanian Opposition Coalition, is slated to be the keynote speaker.

David Ha’Ivri, an independent geopolitical strategist who resides in Samaria Jewish community of Kfar Tapuach, said on Sunday (July 2) that he will speak on “A realistic visions for utopic peace in the region.”

Ha’Ivri told JewishPress.com in an exclusive interview, “After over twenty years of being stuck in the loop of the two-state delusion and failed concepts of the Oslo peace process it is about time that decision-makers make room on the table for other proposals that might actually work.

“Those who wish to divide the land of Israel and establish a PLO (Palestine Liberation Organization) state in its middle don’t have a monopoly on wanting peaceful relations between Israel and her neighbors, or dreams normal and safe future for children of this land, regardless of their ethnic or religious affiliation,” he added.

Ross noted the event will be unique both for the content and the diversity of its speakers: “We will be hearing from Arabs, Palestinians and Jordanians who will make the case for a much hoped-for change in Jordan. The timing could not be better,” he added. “President [Donald] Trump is hoping at this point to make the ‘ultimate deal’ to solve the conflict — which we believe this to be.”

Ross said the call applied to “legitimate, meaningful and thought-out papers” outlining a wide range of issues, from “how to foster or implement peace” to “how Jordan can be transformed into Palestine.”

The event is set to take place in Jerusalem in the last part of October 2017. It will also be broadcast over the Internet. Paper submission is free but the price of entry costs NIS 100. Live internet participation is estimated t o cost approximately $7.50. 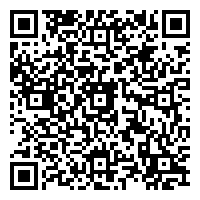