Jordan’s King Abdullah II placed a phone call to Palestinian Authority leader Mahmoud Abbas on Wednesday, warning him to “respect the historical and legal reality” of the Temple Mount in Jerusalem, but the Hashemite monarch may done too little, too late.

The conversation followed calls by all factions of the Palestine Liberation Organization (PLO) – which is also headed by Abbas – urging Arabs to participate in the “day of rage” called for by the Palestinian Authority again this coming Friday, despite the removal of all security enhancements at the Temple Mount forced by Jordan and the United States.


This week’s “day of rage” will be led by Fatah’s military wing, Tanzim, headed by Marwan Barghouti. While Barghouti is serving five life sentences in an Israeli prison for his conviction on charges of masterminding the murders of five people he has, if anything, gained in popularity on the Arab street.

The Tanzim terrorist organization – which was tasked by the Palestinian Authority leadership with heading Friday’s ‘day of rage’ — was pivotal in launching the second intifada in September 2000.

In addition, the “Shabiba” group has vowed to expand the confrontation with Israeli forces, isolating Jewish communities and the roads leading to them in Judea and Samaria, and “opening all fronts, in villages, cities and refugee camps.”

Earlier in the day, the Gaza-based Hamas terrorist organization claimed “victory” in what it called the “battle over the Al-Aqsa Mosque.”

Hamas held a parade in Gaza to celebrate the removal of metal detectors Monday night from the entrances to the Temple Mount compound, along with all the security cameras. 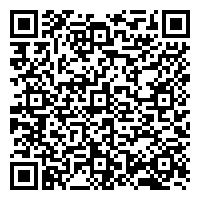