Remember how we told you that Chilean President Sebastián Piñera who visited the Kotel on Tuesday was cursed by a succession of natural disasters that followed him throughout his presidency (Chilean President Piñera Visits Western Wall, No Structural Damage Ensues, Phew…)? Remember how we said we’re probably lucky the Wall is still standing following his visit?

Well, President Piñera did cause an earthquake, but not at the Kotel. He did it a few yards up, at the Temple Mount.


As TPS reported Wednesday, Pinera’s visit to the Temple Mount on Tuesday generated a diplomatic crisis because he was accompanied by senior Palestinian Authority officials, which violated an earlier agreement with Israel.

Foreign Minister Yisrael Katz reprimanded the Chilean ambassador, which you don’t often see, yelling at an ambassador while her president is next door on a state visit.

The foreign ministry issued a statement saying “the foreign minister views any infringement of Israeli sovereignty on the Temple Mount seriously, especially one that takes place in violation of clear procedures and understandings.”

“We must distinguish between absolute freedom of worship, which Israel is careful to ensure more than any other entity has done in the past, and the prevention of harm to our sovereignty over the Temple Mount,” the ministry added.

That last part is, of course, a blatant misrepresentation of the truth, seeing as Israel provides no such thing as “absolute freedom of worship” on the Temple Mount to Jews. It does so only for Arabs, in spades.

So, don’t say we didn’t warn you when we quoted the BBC report on the misfortunes that plagued Piñera’s first term in office: the earthquake during his 2010 inauguration ceremony; the mining accident of 2010; the 2010 Santiago prison fire; the 2011 Puyehue-Cordón Caulle eruption and the 2012 wildfires.

Update #1: There was an (actual) earthquake in the Dead Sea on Wednesday.

Update #2: Israeli President Reuven Rivlin on Wednesday hosted Chilean President Sebastián Piñera at his official residence in Jerusalem, according to a TPS report, during which he subtly reprimanded Piñera for his visit on the Temple Mount, which generated a diplomatic incident.

At the beginning of his remarks, Rivlin noted the historic connection between the State of Israel and its capital, Jerusalem.

“Jerusalem has been the capital of the Jewish people since the days of King David. As you know, the sovereign State of Israel allows, develops and cares for freedom of worship and religion for all those who enter the gates of Jerusalem. Our historical connection to Jerusalem, and our sovereignty in Jerusalem, make us responsible for preserving Jerusalem as a city of faith and peace,” he stated.

Pinera reportedly apologized and told Rivlin that his visit was supposed to be a private one and that the PA representatives arrived uninvited and on their own initiative. 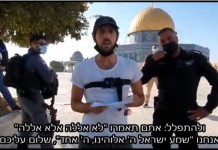 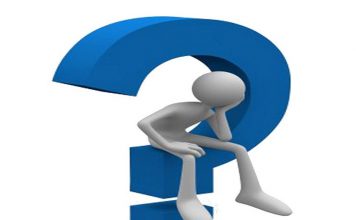 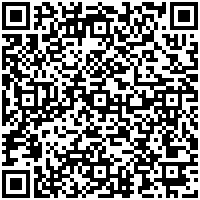