The Jerusalem District Court on Sunday harshly criticized the IDF Civil Administration in Judea and Samaria following a petition filed by the Regavim movement against the administration. The petition claimed the Coordinator of Government Activities in the Territories has failed to enforce the ruling against the illegal Arab takeover of lands outside Kufr al-Dik on the Pedu’el ridge in Samaria – because they have more pressing priorities.

More than a year ago, the Regavim movement petitioned the court regarding five illegal structures built near the settlement of Pedu’el in Area C in Samaria (under complete Israeli control). Following the petition, the court ordered the Civil Administration to issue work stoppage orders. The orders were indeed posted on the illegal structures but were never carried out and the illegal construction only expanded.

In the ruling, Judge Ron wondered whether the Civil Administration’s efforts to comply with the court order had reached a “reasonable minimum,” and whether they can be considered “effective and tangible enforcement.”

The judge also wrote about the “problematic nature of the duplicate argument” according to which the Civil Administration both claimed it was carrying out enforcement and at the same time complained that its resources were limited.

Yossi Dagan, head of the Samaria Regional Council, said in response to the court ruling: “With each passing day, the citizens of the State of Israel are losing more and more state lands, the price of which we all pay. The Israeli government must find a solution to make decisions at the political and operational level and stop allowing this deterioration of our sovereignty. The State of Israel must make decisions that will change this reality.”

Attorneys Avi Segal and Yael Sinmon, representing the Regavim movement, explained: “The current ruling is important and significant because it constitutes a yellow card for the Civil Administration and everything related to its conduct in law enforcement in Judea and Samaria. The court’s comments are intended to make it clear that the current reality whereby law enforcement agencies are content to post demolition orders but do not ensure that these orders are complied with or that illegal construction is stopped and destroyed, is unacceptable. In our opinion – as long as this conduct does not improve significantly – the court will also issue red cards that will compel effective enforcement.” 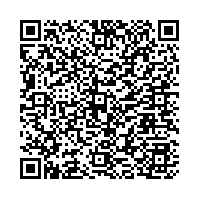