Between the years 2019-2021, the PA Arabs erected 5,097 new illegal structures, in areas under the full control of the State of Israel in Judea and Samaria, Regavim reported on Monday. The Arabs are adding new, illegal structures to the Israeli part of the liberated territories at a clip of 7 structures a day. Altogether, there are now 72,274 illegal PA Arab structures in areas defined by the Oslo Accords as under Israeli control (Area C). At the same time—2019-21, PA Arabs have taken over 1,760 acres of agricultural land under Israeli control.

The figures are devastating, and according to Regavim, they are the result of a repugnant collaboration between the Coordinator of Government Activities in the Territories and the Arabs to establish a de facto Apartheid regime over Jewish settlers.


The Regavim movement has petitioned the High Court of Justice against the Defense Ministry, after the Ministry admitted that it acts according to two separate, substantially different levels of enforcement, against Jewish and Arab residents of Judea and Samaria. The petition demands that these priorities be consolidated into a single list that allows management and control of the allocation of enforcement resources in Judea and Samaria.

Following a Freedom of Information petition filed by the Regavim movement last year, the defense establishment was forced to officially acknowledge for the first time the existence of two separate levels of enforcement, generating unreasonably higher discrimination by law enforcement agencies in their treatment of Jews compared to Arabs.

For example, “Israeli construction that invaded private land” is a high priority for enforcement, while “Arab construction carried out while invading private land” is at the bottom of the list of priorities. This despite previous High Court rulings that illegal construction carried out while invading private land should be a top priority across the board. The defense establishment has admitted to ignoring the court, as this item is completely absent from its list of priorities regarding the Arabs in Area C.

The index of Coordinator of Government Activities in the Territories priorities lists buildings defined as “danger to the security of the area, public peace, or public order,” or buildings that are being used as a home for such activities as 4th on the list of priorities concerning the Jewish sector but does not exist at all regarding the Arab sector.

In this way, the Coordinator of Government Activities in the Territories and the Palestinian Authority are in effect conspiring to expand Arab settlement in Area C, while repressing Jews in the same territory. 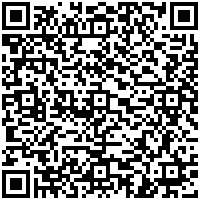