The father of Ahmad Salameh, 51, who was shot dead on Friday at the entrance to his home in the Israeli Arab town of Jaljuliya, near Kfar Saba, was also murdered in the past for the same reason as his son: selling Arab owned land to Jews, Kan, Israel’s Public Broadcasting Corporation, reported Sunday. Arab media outed him a number of times as selling land to Jewish settlers in Judea and Samaria before he was killed.

The Palestinian Authority’s land laws prohibit the sale of Arab-owned lands to “any man or judicial body corporation of Israeli citizenship, living in Israeli or acting on its behalf.” Land sales to Israelis are considered treason by the PA because the threaten the founding of a future state, and to “halt the spread of moral, political and security corruption.” PA Arabs who sell land to Israelis are subject to the death penalty.


In a July 2014 hearing in the Tel Aviv District Court regarding a case involving Salameh, during the Gaza War, his attorney told the court: “This is a person whose occupation is land dealer in Judea and Samaria. This is not a simple job in the reality of the Land of Israel. He buys plots and land from Palestinians and they are sold in Israel. In July, he was supposed to close deals in Judea and Samaria, but because of the war, the deals were delayed. He is in a difficult phase in his life.”

Ahmad Salameh eventually confessed to charges of conspiracy to murder and attempted murder, along with six partners. He was sentenced to nine months in prison. He had been involved in clashes with the law several times before and after. In 2011 and 2016, Israeli Police raided his home on suspicion of possessing weapons. 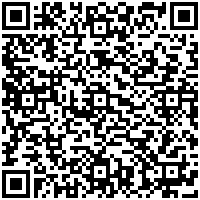