Palestinian Authority Prime Minister Rami Hamdallah and the head of his Preventive Security Majid Faraj survived an assassination attempt upon their arrival in the Gaza Strip Tuesday morning, as their convoy was attacked by three car bombs after entering the Beit Hanoun crossing in the northern Gaza Strip, Ma’an reported.

Seven people were injured in the car bomb attack, which blew up three cars and was complemented by gunmen who opened fire on the convoy.

The injured were guards assigned to the convoy, and according to local sources their injuries were minor.

The occasion for the PM’s visit was the inauguration of a new water purification station. According to Ma’an, the ceremony was conducted under high security alert.

Hamdallah for his part insisted that what happened Tuesday only increases his resolve to continue his work in the service of the Gaza Strip and ending the division. “We will continue to work diligently to complete our government projects in the Gaza Strip,” the PM declared.

“I will return to the Gaza Strip soon,” Hamdallah reiterated, “I do not want to drink from the Gaza Sea. (a reference to the need for more water purification projects).”

Major General Majid Faraj also blamed Hamas for the bombing, and added: “It is a contemptible and cowardly act that will not affect the national project led by President Mahmoud Abbas.”

Hamdallah and Faraj left the Gaza Strip after the conclusion of the opening ceremony at the water purification plant. It stands to reason that they drove very fast. 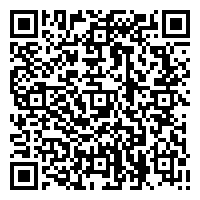