He met with PA Prime Minister Rami Hamdallah, Finance Minister Shukri Bishara and Civil Affairs Minister Hussein al-Sheikh, according to the readout the of meeting.


Kahlon has met with Hamdallah three times in the past year, Harush said.

At Monday’s meeting, Kahlon called on the Palestinian Authority leadership to return to negotiations under U.S. auspices, saying, “The Americans are the only fair mediators in the region.”

PA leader Mahmoud Abbas has categorically rejected any further coordination for peace talks with the United States in the wake of President Donald Trump’s recognition of Jerusalem as the capital of Israel. During his speech at the United Nations Security Council in New York on Tuesday, Abbas called for a new “international” peace conference but preconditioned Palestinian Authority attendance on a laundry list of outcomes that participants would be required to achieve.

Hamdallah and his colleagues called on Israel’s government Monday to “undertake its responsibility to lift the siege on the Gaza Strip,” according to WAFA, the official news agency of the Palestinian Authority. 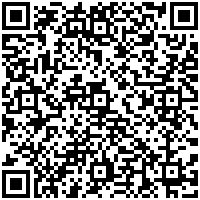