A 14-year-old Arab girl last week approached Border Guard police at the Cave of the Patriarchs in Hebron asking for protection after having escaped her Israeli Bedouin husband, in his 30s, who had bought her from her father for about $3,000, Ha’aretz reported on Wednesday.

The Israeli policemen delivered the girl to the IDF Civil Administration as a humanitarian case, and Israel’s welfare services placed her in a shelter for battered women on the eve of Yom Kippur. The Justice Ministry’s Coordinating Unit for Combating Human Trafficking is in the process of recognizing her as a victim of human trafficking.


According to Ha’aretz, the girl comes from a large family in Hebron, and was sold to a man from a Bedouin village in southern Israel. Her family members say that her father used to beat her, and then the man who was forced to marry beat her up as well. Sources familiar with the details of the case at Israel’s welfare services said the girl was in real danger to her life, and they are considering ways to protect her.

Israeli relatives of the girl, who live in Fureidis, an Israeli Arab town in the Haifa District, have requested the authorities to let them raise the girl as their own. One of them told Ha’aretz, “When I heard what happened to the child, I was shocked. The girl grew up in a bad place for children, she grew up in a difficult environment. Her father beat her all her life and then sold her like property to her husband, who also beat her up and did terrible things to her.”

“She’s a brave girl,” the relative said. “She’s been through many things in life and seen more than she should have seen. It’s time for her to have an easy life.”

Attorneys Nehemi Feinblat and Neta Avnon, who represent the girl’s Israel family, told Ha’aretz they had applied on behalf of the family to the Justice Ministry and the Civil Administration, “to examine the possibility of keeping the girl with wealthy family members in Israel, so she can grow and be rehabilitated in a protected and supportive environment.”

They added that “the family is grateful to the IDF for removing her from a dangerous environment and transferring her to Israel.”

The family’s letter to the Civil Administration says, “The family decided that they must act to ensure her welfare and security and offer their help in finding a solution for her.”

The girl also has wealthy relatives living in Hebron who have offered to raise her.

Israeli law permits marriage only at age 18 and older. According to the Central Bureau of Statistics, as many as a thousand Muslim brides under age 18 were married in Israel in 2012, 362 of them under age 16. According to Arab women’s rights activist Samah Salayama, the real figures are much higher, since many minor brides do not register their marriage with the Interior Ministry. Also, according to Salayama, the fact that an average of 2,000 babies are born to under age Muslim mothers each year supports the argument that the legal age limit is being abused widely in Israel. 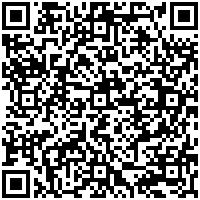