For the fourth day in a row, the Israeli electric company has continued to reduce the supply of electricity to the Gaza Strip, Ma’an reported Thursday.

Before we continue to describe the real suffering of the civilian population of Gaza, we should note that in order for everything to start getting better, the Gaza Strip Hamas government needs to announce that it has abandoned its plans to push the Jews of Israel into the sea, and agree to the effective demilitarization of Gaza.


But since that’s not happening this week, here’s the misery:

Mohammad Thabet, director of public relations at Gaza Electricity Company, said that the Israeli authorities had reduced the capacity of the remaining lines, “Beit Lahia line, Jabaliya, central No. 7, and line 9 feeds to Rafah and Khan Younis” from 12 MW to 8 MW for each line, cutting overall service by 16 MW.

Thabit pointed out that the total output capacity of the ten Israeli lines feeding Gaza is about 48 MW, out of the 120 MW the Gaza Strip requires for normal service. According to Gisha, the Gaza Strip needs a total electricity supply of 280 MW at times of peak demand in the summer and winter. As a result, according to Thabet, Gaza’s 2 million residents (give or take) enjoy only two to three hours of electricity every 24 hours.

Israel began cutting electricity gradually as part of a decision by the Israeli government to heed the order of Palestinian Authority Chairman Mahmoud Abbas, who is refusing to pay for Gaza’s electricity, as a measure of fighting his nemesis Hamas.

Meanwhile, the Egyptian government has begun to provide industrial-use diesel fuel to run Gaza’s only power plant, which shut down in April, because its operators could not afford a PA-imposed tax on diesel that doubled the price of operation. The power plant has not run at full capacity in years, under Israel’s blockade which limits fuel imports into Gaza.

Gaza’s Finance Minister Salim al-Kayyali told Ma’an that 11 fuel trucks carrying some 125,000 gallons of diesel were delivered from Egypt to the power plant on Wednesday, adding that 250,000 additional gallons would be shipped Thursday.

According to Gaza power company officials, their power plant at full capacity requires about 150,000 gallons of diesel fuel a day, so the Egyptian supplies are good for a little less than two days of full electricity generation. Of course, the plant will only run at 50% capacity, so the fresh supply should last for four days. 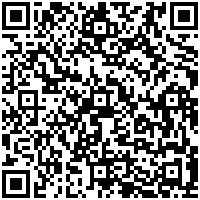