Palestinian Authority leader Mahmoud Abbas — known to the Arab world by his nom de guerre, Abu Mazen — quietly, and also not so quietly, did whatever he could this month to provide a springboard for the launch of a third intifada. But it was only this week that the actual extent of his financial dedication to the cause became known.

Investigative journalist Gal Berger of the Hebrew-language Kann News on Israel’s Channel 11 television reported Sunday night that Abbas paid millions of dollars to residents of Arab neighborhoods in eastern Jerusalem to ‘encourage’ their participation in riots in and around the Temple Mount.

Even after all security upgrades were removed from around the Temple Mount, Arabs continued with wild rioting for several days more, until Abbas was told bluntly by Jordan’s King Abdullah II that it was time to put an end to the violence. Up until this weekend, most journalists and politicians believed the riots were simply driven by the massive incitement by Arab and Muslim leaders pouring in from all quarters domestically and abroad. But clearly, there was much more to it than that:

Jerusalem Arabs were promised monetary stipends of $1,000 per month for up to three months. They were also given discounts and exemptions from payments to the Jerusalem District Electric Company, which supplies power to the Arab-majority neighborhoods in the area.

Arab college students in the Old City of Jerusalem who participated in anti-Israel clashes were promised free tuition by the Palestinian Authority, according to the report.

All the employees of the Islamic Waqf Authority – which manages the holy sites on the Temple Mount but which falls under the auspices of the Government of Jordan – were also promised cash payments, according to the report, as were Arab merchants in the Old City of Jerusalem.

In addition, the Palestinian Authority apparently shelled out more than $15 million to cover renovations, repairs for damage and other expenses at local homes in the Arab sector following the rioting near the Temple Mount. At least $750,000 went to two hospitals in the area to prepare for the flood of injured expected after clashes with Israeli security personnel. Another $40,000 went to Arab emergency and related medical services in the local area. There were at least 100 injured during clashes with Israeli forces between last Thursday and Friday.

Awards and special citations were promised to the agitators and rioters who were most active, according to the report.

Since the Palestinian Authority is not exactly rolling in cash, one might wonder where all this financial beneficence is coming from … 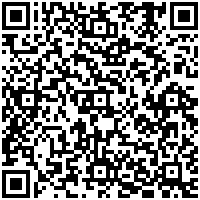