A report issued this week by the Middle East Media Research Institute (MEMRI), refutes Palestinian Authority claims that payments and aid given to terrorists behind bars and the families of “martyrs” is equal to the welfare benefits the PA gives to needy families. The report (2017 Palestinian Authority Budget Shows: Salaries, Benefits For Prisoners, Released Prisoners Several Times Higher Than Welfare For Needy) comes in the wake of the US Senate’s suspension of aid to the PA because of the latter’s extensive support for terrorists and their families.

According to the report, prisoners, released prisoners, and the families of the martyrs do not receive welfare, but are paid a “monthly salary” or a “monthly allowance.” Needy families, on the other hand, receive “monetary aid,” which is paid out only every three months.

The payments to the prisoners and families of martyrs are much higher than those to needy families, the MEMRI report states, based on the PA’s own budget, which allots just under $170 a month to welfare families, while the maximum monthly payment to a security prisoner is about $3,340. Also, while welfare cases must prove their condition, prisoners and their families, released prisoners, and the families of martyrs and the wounded are paid out regardless of their economic status.

Bail Reform: Where Is The Hakoras Hatov? 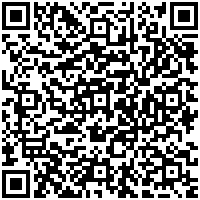