Opposition leader MK Tzipi Livni (Zionist Union), who in the past expressed vehement opposition to the new National Law, on Monday met with ambassadors from 11 countries, including China, Japan and Australia, and came out against the Joint Arab List MKs, accusing them of setting a trap for friends of Israel in the world.

Israel’s political system was shaken up Sunday after a Channel 2 News revelation that the Palestinians Authority plans to appeal to the UN for a condemnation of Israel because of the Nationality Law, with support from the Joint Arab List. The plan was condemned by the entire Israeli political spectrum, and Prime Minister Benjamin Netanyahu commented about the Arab MKs: “The cat came out of the bag.”


In her meeting with the ambassadors, Livni urged them not to “fall into the trap” set by the members of the Arab List. “Do not interfere in Israel’s internal affairs and do not cooperate with any move at the UN,” Livni advised the ambassadors, suggesting that the Israeli Arab MKs “and the Palestinian Authority do not accept the principle that Israel is the state of the Jewish people.”

“It is impossible with the same breath to demand two states for two peoples and at the same time not accept that Israel is the state of the Jewish people,” she said.

Livni has been trying to distance herself in every possible way from the members of the Joint Arab List, after the Prime Minister lumped them together with Livni’s party chairman Avi Gabai and Yesh Atid chairman Yair Lapid, over their vehement objections to the Nationality Law.

Israel’s ambassador to the UN, Danny Danon, said on Monday, “There is no limit to hypocrisy. MK Aida Touma-Suleiman, a member of the Joint Arab List, slanders the State of Israel in the corridors of the UN and complains about the ‘lack of democracy’ in Israel. There is no other member state in the UN in which a member of a state parliament joins the elements acting against it.”

Knesset Speaker Yuli Edelstein attacked the Arab MKs, saying they are cooperating with the enemies of the state: “Once again, MKs in the Israeli Knesset are undermining the state. Knesset Members from the Joint List who receive salaries from the state, along with all the parliamentary provisions, still dare to cooperate with our enemies and smear our name in the world. Whoever cooperates with the Palestinian Authority against Israel should ask himself whether their place is in the Palestinian or Israeli parliament.”

“There is no suggestion of [an appeal to the UN for] condemnation by the Palestinian Authority over the Nationality Law, so we can’t join something that does not exist,” MK Tibi declared.

According to Tibi, he had spoken on Monday to the UN representative of the PA to clarify the issue. He also noted that “the Joint List has no status at the UN.”

According to Tibi, “Danny Danon is an unreliable person, a lying and inciting diplomat.”

However, Tibi stressed that despite the fact that the report regarding the condemnation was incorrect, he did not object to appealing to international institutions on the subject.

“We are entitled – it is our duty – to appeal to every international forum,” he declared, adding, “The UN has a treaty that says that minority rights must be protected, and we are a national minority whose rights are being violated. We would be betraying our role as public representatives of the Arab minority in the State of Israel if we did not explain to the world the danger [inherent in the Nationality Law].” 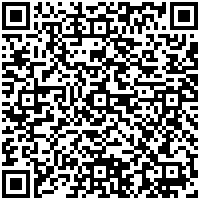