The http://www.jewishpress.com/news/terrorism-news/terror-attack-at-qalanadiya-checkpoint-1-stabbed/2017/04/24/ at the Qalandia checkpoint north of Jerusalem revealed during her conversations with investigators during the day that upon setting out in the morning she was hoping to use Israel’s young security officers as a convenient way to end the misery in her life.

The Israel Security Agency released for publication late Monday afternoon the initial results of a questioning session with 41-year-old Asya Kabaneh from the village of Duma, near the city of Shechem.

Kabaneh, who is married and the mother of nine children, told her investigators that she has been engaged in a lengthy conflict with her husband, who has threatened to divorce her — a major stigma in the Arab world.

During her conversations with investigators Kabaneh revealed that she had quarreled with her husband over the education of their children the night before the attack.

“As a result, she decided to commit a terrorist attack so that the security forces would shoot her because, in her words, she was ‘fed up with her life,'” the ISA said. 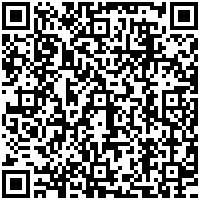