As another weekend of violent confrontations along the Gaza border is rolling by, senior Israeli security officials estimate that Palestinian Authority Chairman Mahmoud Abbas is fomenting an escalation in the coming days with Hamas in the Gaza Strip and with Israel, Israel’s Channel 2 News reported Saturday night.

According to the same assessment, the Palestinian Authority chairman is furious at the move by Bulgarian UN envoy Nickolay Mladenov, who coordinated the transfer of Qatari money to Hamas above the head of the Palestinian Authority. In response, Abbas will stop the flow of all PA funds into Gaza, which would and Hamas to launch another round of violence against Israel.

Israel is also bracing for the possibility that Abbas is also trying to ignite violence in Judea and Samaria as well.

Some 20,000 Arabs rioted on Shabbat at several locations along the Gaza Strip border fence, torching tires and throwing explosive charges at IDF soldiers, who responded with riot control means.

IDF forces identified ten suspects who crossed the perimeter fence from the northern Gaza Strip into Israeli territory, threw grenades near the fence and immediately returned to the Gaza Strip. In response, IAF aircraft carried out two attacks in the northern Gaza Strip. The Arabs reported three deaths – a 12-year-old boy and two young men ages 24 and 28. There were no casualties among IDF soldiers.

In Kerem Shalom, near the Gaza fence, Israeli residents closed themselves in their homes because of heavy smoke that enveloped the area, the result of incendiary balloons from Gaza. At least four roads near the border have been blocked.

The defense establishment estimates that the violent incidents at the security fence will continue to exacerbate, and is preparing punitive measures, including the closure of the border crossings.

Defense Minister Avigdor Liberman on Saturday ordered the reduction of the fishing area in the Gaza Strip from 9 to 6 nautical miles, as a result of attempts to hit IDF forces and bring out defiance flotillas. The defense minister instructed security forces to prepare additional punitive measures if the violence continues. 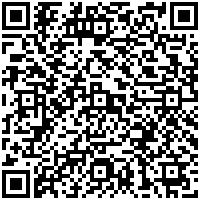