The transcript of debriefing of Ezra Nawi, an agent of anti-Zionist NGO Ta’ayush, by an officer at the Yatta branch of the PA Preventive Security, reveals that Nawi was fully cognizant of and even celebrated the terrifying fate of his victims – Arab land brokers who defied the Palestinian Authority and sold land to Jews in Judea and Samaria, Army Radio revealed this week.

In the Uvda expose, Nawi offered disturbing details about the inevitable fate of the subject of his conversation with his B’Tselem collaborator. After the victim, Mohammed Khaled, nicknamed Abu Halil, had been turned over to the Preventive Security agency, Nawi stated, he “now has a direct line to God.”

Nawi later offered, by means of an explanation: “There was kind of an attack [on Khaled] and I’m being blamed a little for having a hand in that. I passed [the case] to the Preventive Security.”

On the Uvda tape, Nawi is bragging about his ties to the PA secret police, which “does what it can to prevent [land sales to Jews]. They catch [the offending land brokers] and kills them. Before it kills them, it beats them a lot. First zubur, then gazanga.”

(The last idiom has been discussed at length in Israeli social media sites, and the consensus is that it was made up by Nawi, and means, first they torture, then they kill. The choice of words has an obvious sexual connotation, although the progression from one to the next is awkward.)

The document exposed by Army Radio offers concrete details about Nawi’s planned campaign against land broker Mohammed Khaled. The Preventive Security debriefing officer notes that “Mohammed Khaled a.k.a. Abu Halil executed land sales to Israelis in the area, in cooperation with his sons Yasser and Akab, through the mediation of a settler named David from the Susya area, in the years 2009-10.”

Khaled died of a stroke following his interrogation in the hands of the Preventive Security, just as Nawi had described it.

The case against Nawi is being processed by the Jerusalem District Prosecutor’s office, which refused to comment on the ongoing investigation.

In addition to his connections with Ta’ayush and B’tselem, Nawi appears to have completed his trifecta of anti-Israeli NGOs with his proven ties to Breaking the Silence. On January 11, 2016, Channel 2 News showed footage of Nawi visiting the offices of BtS, where an employee paid him about $400 in cash, money Channel 2 alleged (with video documentation) he used to pay Arab demonstrators in protests he organized. 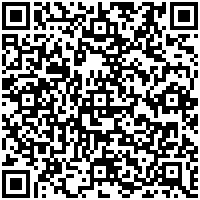