The South Carolina Senate’s higher education subcommittee on Thursday unanimously approved S. 3643, a bill to combat campus anti-Semitism. In March, H. 3643 overwhelmingly passed the South Carolina House of Representatives, by a vote of 103 – 3. Once the bill is considered by the full Senate, it will go to the Governor to be signed into law.

H. 3643 will address growing anti-Semitism on campus and protect students’ rights to a learning environment free of unlawful discrimination.  The bill provides South Carolina with a uniform definition of anti-Semitism in determining whether harassment, intimidation, assaults, vandalism or other discriminatory behavior is motivated by anti-Semitism.  Contrary to misunderstandings about the bill, it in no way regulates or restricts free speech and/or academic freedom.  Much anti-Semitic hate speech is constitutionally protected, just like racist and sexist speech.  The bill will not change that.  Rather, it ensures authorities consider the federal government’s definition of anti-Semitism when it is necessary to determine the intent of unprotected activities, including assault, battery and vandalism.


Marcus, a renowned anti-Semitism expert, testified at South Carolina House and Senate hearings on the anti-Semitism bill and was in South Carolina yesterday meeting with citizens, educators, religious leaders, and legislators.  He is an award-winning author of two books, The Definition of Anti-Semitism (Oxford University Press: 2015) and Jewish Identity and Civil Rights in America (Cambridge University Press: 2010) and the associate editor of the Journal for the Study of Anti-Semitism.  He is the former staff director of the U.S. Commission on Civil Rights, was delegated the authority of Assistant Secretary of Education for Civil Rights and is the individual who drafted the policy by which the U.S. Department of Education investigates anti-Semitism claims.

“We applaud the South Carolina legislators for standing up against the recent surge of anti-Jewish bigotry, and in a way that fully protects free speech on campus. We particularly commend Representative Alan Clemmons, the author of this critical and necessary legislation, as well as Representative Beth Bernstein, Senator Larry Grooms, and the members of the Senate higher education subcommittee. We also commend Joseph Sabag and the Israel Allies Foundation, as well as our colleagues at the Columbia Jewish Federation, the Charleston Jewish Federation, CUFI, StandWithUs, the Israel Project, and all the South Carolina students, educators, religious leaders and community members who came out yesterday to meet directly with legislators about the need to stop this hatred and bigotry in its tracks.” 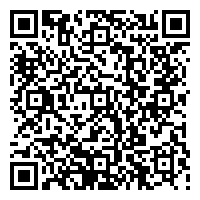