Due to the curfew imposed by the Palestinian Authority to prevent the spread of the coronavirus, as well as the ban on Jewish motorists in Judea and Samaria leaving their communities except for urgent reasons, there has been a drastic decline in the stone throwing terrorist incidents on the roads of Judea, Samaria and Jerusalem, Hakol Hayehudi reported on Sunday.

Over the last 7 days, only 4 terrorist stone-throwing incidents have been recorded, compared with dozens of such events in normal times.

As of Sunday, April 5, Arabs threw stones at vehicles near Tekoa in Gush Etzion, as well as at a vehicle near Psagot and Beit El. There was damage to the vehicle’s windshield.

At another incident, near the village of a-Luban on Route 465, Arabs stoned a passing vehicle and damaged its windshield.

At a fourth incident, Arabs threw stones at vehicles between Bruchin and Aley Zahav in Samaria. 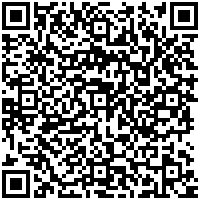