Gaza terrorists have come up with a new way to keep local teenagers and those in the Palestinian Authority busy this summer with a new “do it yourself” video that teaches the teens how to make incendiary balloons — balloon bombs — out of condoms. The six-minute video was posted on social media in Arabic on June 16, complete with background music.

Burning condoms. We wish we were joking. pic.twitter.com/AhQ0O2BSgY


As of June 21, 2018 more than 400 fires have been started in southern Israeli agricultural fields, nature reserves and forestlands as a result of these arson balloons, burning more than 6,100 acres of land, causing more than $2 million in damage and irreparable harm to wildlife and the ecology. 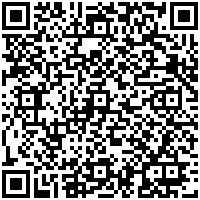