“The incident was shot this morning on my dashboard camera, on Route 60, about 200 yards from the spot where a fatal accident had taken place the week before, in which seven passengers were killed,” reported a Regavim official on Wednesday, adding, “Had it not been for the fraction of a second when I ‘broke’ the steering wheel wildly, to the horror of the hitchhiker next to me, this event could have ended differently, God forbid.”


Since the accident, according to the same official, there has been more police presence on the road, and this is certainly welcome, “but from what I see, the police are present at regular junctions and do not set up real ambushes, so that does not mean much.”

Also, and this is where the story becomes truly harrowing: early this week, Judea and Samaria Police issued a statement to the media, summarizing its activities over the weekend on Route 60: “153 reports were issued, one-third against Israelis and two-thirds against Palestinians, of which 50 were court summonses, chiefly regarding life-threatening passing.”

“If the police catch a Jewish criminal, he will be punished, and rightly so, in accordance with the law,” comments the Regavim official, “But in the face of Palestinian criminals, the State of Israel has no teeth. The police have no way of forcing an Arab from Shechem or Ramallah to pay the fine or to stand trial.”

Where Am I: Hamor 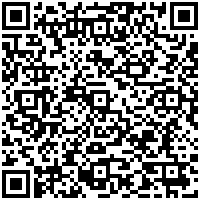