President Donald Trump on Tuesday night told a crowd in Charleston, West Virginia that Israel would “pay a higher price” in the peace talks with the PA, because it had already received recognition of Jerusalem as its capital.

“We took it (Jerusalem the capital) off the table,” Trump said, explaining: “In past negotiations, they never got past Jerusalem. Now Israel will have to pay a higher price, because it’s off the table. The Palestinians will get something very good, because it’s their turn next.”

On January 3 this year, President Trump tweeted: “It’s not only Pakistan that we pay billions of dollars to for nothing, but also many other countries, and others. As an example, we pay the Palestinians HUNDRED OF MILLIONS OF DOLLARS a year and get no appreciation or respect. They don’t even want to negotiate a long overdue peace treaty with Israel. We have taken Jerusalem, the toughest part of the negotiation, off the table, but Israel, for that, would have had to pay more. But with the Palestinians no longer willing to talk peace, why should we make any of these massive future payments to them?”

Two weeks ago, US Ambassador to Israel David Friedman told Makor Rishon that President Trump “did not demand anything from Israel in return for American recognition of Jerusalem,” suggesting Trump had recognized Jerusalem as the capital of Israel because “this was the right thing to do.” 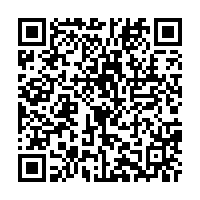