The Episcopal Diocese of Massachusetts on Tuesday apologized to the Jewish community after one of its bishops repeated unverified and misleading stories about the Israeli military at the church’s July convention in Austin, Texas, the Boston Globe reported Tuesday.

Bishop Harris herself apologizes as well, writing: “After reviewing my words in the House of Bishops from a transcription, I now acknowledge that I reported stories which I had heard and unintentionally framed them as though I had personally witnessed the alleged events.”

But to let Bishop Harris get away with an apology that bears no real consequences would only encourage this woman, whose hatred for Jews makes her abandon any connection to reality, to keep on lying in the tradition of blood libelers throughout history.

Here’s what she said in Austin, Texas, last July. You be the judge:

Look at the photo. The 3-year-old’s rubber ball would have to roll away from him and then, possibly with divine intervention, bounce over the wall that surrounds the entire compound.

The lying bishop is certainly not interested in actual restitution. Instead, she concludes: “Again, for the hurt I have caused, I do apologize. It is my hope, and my commitment centered on our baptismal vows to continue to “strive for justice and peace among all people, and respect the dignity of every human being” (from The Baptismal Covenant, The Episcopal Church, The Book of Common Prayer). May there be such equality and respect between Israelis and Palestinians, and may there be among us all justice, in order to bring God’s peace.”

“Borders on a blood libel”? I’d say the lady is all the way through the fence.

Larry’s Letters: Your Refusal to Attend the AIPAC Conference 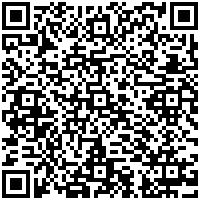