U.S. President Donald Trump told reporters Monday at the White House “It would be a great achievement, and even from a humanitarian standpoint, what better if we could make peace between Israel and the Palestinians.

The president and Israel’s Prime Minister Benjamin Netanyahu met with journalists briefly before adjourning to the family quarters for lunch. They then met for a two-hour discussion but no joint news conference was scheduled to follow.


“I can tell you we are working very hard on doing that, and I think we have a very good chance,” Trump told reporters at the earlier presser. “And the biggest difficulty that anybody’s had, you look over 25 years, nobody could get past Number One, Jerusalem. They couldn’t get past it. We’ve taken it off the table,” the president said.

“So this gives us a real opportunity to peace. We’ll see how it works out. The Palestinians I think are wanting to come back to the table – very badly,” Trump said.

“If they don’t you don’t have peace and that’s a possibility also – [but] I’m not saying it’s going to happen. Everybody said this is the hardest deal to make of any deal,” he went on. “Whenever you have a hard deal to make in any business you saw – ‘Aw, this is almost as bad as Israel and the Palestinians!’ – you use it like an example.

“This is the hardest deal; this is years and years of opposition and frankly, hatred, and a lot of things involved in this deal beyond the land, and I will tell you that if we could do peace between Israel and the Palestinians that would be a great thing for the world, it would be a great thing for this country, and for everybody, so we’re working very hard on it – and we have a shot at doing it.” 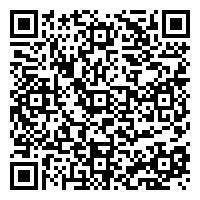