Former Foreign Ministry director-general Dr. Alon Liel and a group of left-wing celebrities including Nobel prize laureate Daniel Kahneman and Prof. Ze’ev Sternhell have sent the European Union a petition supporting “steps to divide between Israel inside the 1967 borders and the occupied territories.” Some of the recipients of said petition condemned it as anti-democratic.

According to Makor Rishon, about a month ago a group that also included former diplomats Ilan Baruch and Eli Bar-Navi, the political has-been duo Avraham Burg and Yael Dayan, and Meretz Knesset candidate (100th spot) and photographer Alex Levac collected 550 Israeli signatures for their petition, which could be the sum total of memorable left-wing Israelis who are still among the living.


The petition is asking the EU to enhance steps such as product labeling, because these are vital to creating a split between the Jewish settlers of Judea and Samaria and the rest of Israel. The petition argues that creating such a split is necessary in order to accomplish a peace agreement, strengthen Israel’s position in the world and confront the attempts to delegitimize Israel.

European Parliament member Steven Woolfe, from the British UKIP party, was taken aback by the petition, and told Makor Rishon, “those Israeli signatures on the letter to the European Union, supporting product labeling, reflect a terrible danger to Israel. These are the signatures of the elite who wish to rule the people without being elected democratically. They are actually saying, ‘Never mind democracy, only the elite should make decisions.’ They permit an outside organization to rule over Israel and decide how it should market its products to the world. Does it make sense to allow the European Union to decide against the will of the public in Israel, and govern the country?”

Former ambassador to Italy Gideon Meir, who later served as deputy foreign ministry director-general in charge of public diplomacy, condemned the actions of his former colleagues Baruch, Bar-Navi and Liel, saying, “this crosses all boundaries and is borderline subversive. These debates should be conducted at home. The most basic thing in a democracy is majority rule. They don’t accept the majority rule, but instead are trying to enforce their position through exterior means. They libel Israel because they believe that if they apply outside pressure, Israel would retreat from the territories. But it doesn’t work that way, because no nation is willing to be pressured from the outside. They act against their own self-interest because they are hurting their own public image, and their actions actually make the possibility of a political settlement more remote.”

Meir said that the reason Liel left the foreign service was not ideological, but because he was passed up for a position he coveted.

Alon Liel was the vital force behind the delusional effort in 2006-2008 to return the Golan Heights to the Syrians. As of 2009, he has been the head of the movement for peace between Israel and Syria, although a lot of the Syria part in the name is gone. In 2012, Liel wrote an op-ed in South Africa’s Business Day, calling for a boycott of settlement products. He has been supporting a cultural boycott of Israel, and endorsed Alice Walker’s decision to ban a new Hebrew translation of The Color Purple. Liel is a member of the B’Tselem Public Council. In 2015 he was part of the effort to persuade the Brazilian government to deny accreditation to appointed Israeli ambassador Dani Dayan. And this month he was exposed in a secret recording giving instructions to Breaking the Silence members on how to attack Israel, even though they are supported by only two percent of the Israeli public (his words). 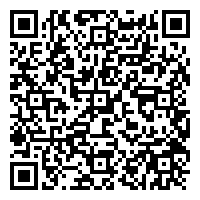