Rwanda’s President Paul Kagame received a warm welcome Monday in Jerusalem from both President Reuven Rivlin and Prime Minister Benjamin Netanyahu, with both standing together waiting to greet him on the red carpet the day after his arrival for a flash visit to the Jewish State.


“I know that this visit in particular, will serve to strengthen the friendship between our peoples,” Rivlin said in his public remarks to media ahead of their meeting. “Mr. President, I want to congratulate you on your recent speech at AIPAC, and I would like to use your words to say, ‘Israel is, without question, a friend of Rwanda.’

“We are two nations who understand the horror of genocide, and we must show what humanity can achieve with cooperation and understanding… Through MASHAV and other cooperation and partnership, we are working together to solve some of the biggest issues facing humanity; water and food security.”

Rwanda is slated to begin serving shortly as a member of the UN Human Rights Council, Rivlin noted. “This is a body which is always against Israel, so we welcome all those who are prepared to speak for us. We appreciate your support very much.”

Netanyahu and Kagame maintain a cordial relationship; the prime minister last met with Kagame in July 2016 during his visit to the Rwandan capital, Kigali, while on a visit to East Africa. The two men also met during Kagame’s most recent visit to Israel in 2013, and several times prior.

“We see how you stand up for Israel in international forums, and you already expressed a simple principle that we believe in, that bilateral relationships should be reflected in multilateral forums,” Netanyahu observed in his remarks.

“There is a dissonance, obviously, between us and quite a few nations still. We saw that in the absurd vote in UNESCO that said that King David, there, depicted there with a harp, King David was not in Jerusalem, he was in Tibet. His son, Solomon, didn’t build the temple, he built it in South America, I don’t know. I mean, it’s absurd, ” target=”_blank”>the whole denial of history, the denial of the Bible.

These absurdities still take place in international forums and they do damage to those forums. They cannot change the truth. But it happens to be my hope that over time, over a decade this will change in international forums. There is one country that I could say categorically, it doesn’t require change, it already speaks its mind and speaks the truth in our bilateral relations and in the international relations and that’s Rwanda under the leadership of President Paul Kagame. This is why, another reason why, we welcome you here in Israel with an open heart and open arms.”

Kagame chose the diplomatic path in walking between the words of Israel’s leadership, thanking the president and prime minister for their warm words and the opportunity to “reaffirm and deepen our very friendly relationship, between Israel and Rwanda,” in his response.

“Cooperation between our countries has blossomed in many areas,” he noted, “among them technology, agriculture, and energy, as well as security. We appreciate what Israel has to offer in these and other fields, and we are very happy to be working with you. Trade and investment links have also multiplied. Rwanda is open for business and we look forward to welcoming private sector delegations from Israel even more frequently in the future.

“Ever since the prime minister’s visit to west Africa last year, Israel has continued to follow through on its commitments and objective of scaling up engagement across Africa this is a very positive trend which can only be welcomed and merits our support. We are looking forward to reinforcing our cooperation with Israel on common challenges and issues of mutual interest,” he said.

During their meeting, President Rivlin underscored the commonality Israelis have with Rwandans in working to make sure the phrase ‘Never Again’ has meaning around the world. “We have mutual responsibility to one another,” Rivlin said, adding that the presence of friendly nations in a forum like UNESCO encourages Israel and raises the hope there will be a stronger demand for the truth. 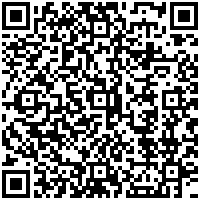