Unit 8200 provided Canberra with concrete intelligence information that prevented the attack, according to information that was cleared for publication Wednesday. Islamic State planned to blow up an Etihad Airways plane between Sydney and Abu Dhabi in July, the IDF revealed.

The transfer of the information to local security authorities led to the arrest of the terrorist elements after they had already reached a very advanced state of readiness, just prior to execution of the attack.

As a result, the lives of “dozens of innocent people” were spared, demonstrating the Unit 8200 is a major player in the intelligence struggle against ISIS.

The military intelligence unit also thwarted a cyber attack by Iran against private and public organizations in Israel, in cooperation with the Defense Division of the IDF’s Information Technology department.

The operation was made possible by close monitoring of the operations of the Iranian network, along with an early identification of its attempts to attack Israel.

The unit is a centralized collection division that provides intelligence to the IDF and the State of Israel at all levels. Unit 8200 works in cooperation with all levels in the field in order to provide a timely and relevant, up-to-the minute snapshot of the situation.

Unit 8200 engages in terror intelligence and cyber conflict beyond the territory of the State of Israel, providing assistance to the Communications Division in everything related to cyber protection as well as relevant intelligence information.

Approximately 66 percent of the Unit employees are age 27 and below. Just three percent are civilians; 36 percent are in permanent military service, and 61 percent are military recruits in active service. Very few of its soldiers meet criteria for combat. 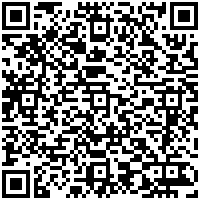