A delegation of five Chinese officials representing the Communist Party of China will visit Israel Wednesday for policy talks with Israeli and US officials. The talks come at a critical time for Israel-China relations and are hosted by SIGNAL (Sino-Israel Global Network and Academic Leadership) and the World Jewish Congress’ Israel Council on Foreign Relations (ICFR/WJC).

With daily news headlines in Israel and worldwide giving center stage to the rise of China, the Chinese officials visiting this week will engage in candid discussions with Israeli and US officials at SIGNAL’s Annual Policy Conference, on the strategy shaping Israel’s foreign policy towards China.


The talks come at a crucial time: Israel’s cooperation with China reaches unprecedented heights, even as the US and China are growing increasingly adversarial, leaving Israel caught in the cross-hairs between its two largest trading partners. Israel’s strengthening cooperation with China in the face of the increasingly tense China-US relationship requires Israel to seek new ways to navigate these narrow straits.

SIGNAL Executive Director and Founder Carice Witte noted: “In the best tradition of SIGNAL and our partner, The Israel Council on Foreign Relations, we are creating an opportunity to have open, candid conversations about this very important topic.”

This year marks the 4th Annual Policy Conference, and the third time it is being co-organized with the ICFR/WJC. It represents a concerted effort, rarely seen, to establish significant, long-term alliances between China and Israel for mutually beneficial and broad-based cooperation between the two nations.

Founded in 2011, SIGNAL is the first organization in the world to establish Israel Studies programs in China, now partnering with 24 universities throughout the country. SIGNAL also founded the world’s first Middle East Center as a partnership between Israel and China and the first ever to host the Central Party School in China.

Over the years, SIGNAL has forged deep, trust-based relationships throughout China, giving SIGNAL unparalleled access to prominent government advisors to China’s leadership including Party officials, ministerial leaders and upcoming generations of Chinese leaders who are currently being groomed to serve as China’s future decision-makers, diplomats, heads of embassies and ministerial advisors. Throughout its history, the ICFR has hosted many visiting dignitaries, including presidents, prime and foreign ministers, UN secretaries-general, and other distinguished personages, cementing its reputation as an exclusive platform for high-level discussion and debate and a leading player in parallel diplomacy. 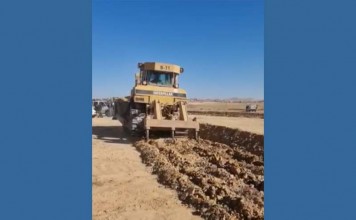