Israel and China signed a $300 million extension of a financial protocol between the two countries in Beijing on Monday, aimed at increasing Israeli exports of clean tech and agricultural technologies to China.


The deal, signed by Finance Minister Moshe Kahlon and his Chinese counterpart Xiao Jie, is an intergovernmental agreement that provides state guarantees for Israeli banks to provide long-term credit to Chinese importers to make purchases from Israeli exporters.

Since the original financial protocol was signed in 1995, some 320 transactions worth some $1.75 billion have been signed in various fields including health, agriculture and education.

“The visit to China follows the implementation of significant export transactions from Israel to China in recent years, which demonstrates the strength of Israeli industry and its reputation in the world,” Kahlon said.

“We see economic cooperation with the Chinese government as a strategic goal that will enable Israeli exporters to expand their activities and are acting to further strengthen the financial protocol to additional fields for the benefit of the Israeli economy.”

In addition, the Finance Ministry said in a statement that the deal “allows the two sides to expand bilateral economic activity into other environmentally-friendly technologies, including advanced agriculture technologies and smart and green energy technologies, which the Chinese government wants to implement using Israeli experience and expertise.”

Accountant General Roni Hezkiyahu added: “The signing of a new financial agreement in the field of clean tech technologies further strengthens the important economic relationship between the two countries which began more than 20 years ago, and the joint desire to expand economic activity in the future will encourage cooperation between the parties in other areas of activity as well.”

Environmental Protection Minister Ze’ev Elkin was also in China last week in an effort to bring together Israeli firms that specialize in green tech and Chinese companies looking to invest hundreds of millions of dollars in the growing industry.

The delegation — organized by the Environmental Protection Ministry, the Economy and Industry Ministry Foreign Trade Administration and the Israel Innovation Authority — included representatives from Israeli clean tech companies, and follows Prime Minister Benjamin Netanyahu’s visit to China in March, during which the two countries signed a series of bilateral agreements, including an agreement to bolster environmental cooperation.

During his visit, Elkin met with industry officials who plan to invest around $520 million in green technologies. In addition, the possibility of establishing a joint Israeli-Chinese center for the advancement of clean technology in China was also discussed. 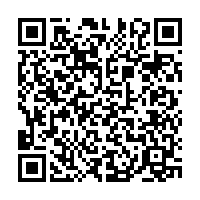