A ceremony was held on Sunday at the site of the Jadovno concentration camp in Croatia, to commemorate the Serbs, Jews, Roma and Croats who were killed there in 1941.

According to the state-owned Croatian news agency HINA, the ceremony was organized by the Jewish communities in Croatia, the Serb National Council, the Serb Orthodox Eparchy of Upper Karlovac, and the Alliance of Anti-Fascist Fighters and Anti-Fascists (SABA), whose leaders warned of war crimes committed by the Nazi-allied Croatian regime, crimes which are being denied in present-day Croatia.


Jadovno was the first of 26 concentration camps in the Independent State of Croatia (NDH) during the war. It held thousands of Serbs and Jews over a period of 122 days, from May to August 1941. Inmates were executed by being pushed into deep ravines near the camp. The camp was closed on August 21, 1941.

Estimates of the number of deaths at Jadovno range from 1,794 to 120,000, mostly Serbs and Jews. HINA’s report this week mentions “over 10,000 Serbs, Jews, Roma and Croats killed.” According to one source, the number of deaths at the camp is difficult to establish because many inmates were taken from the trucks to the ravines with no one bothering to register them.

The highest recorded estimate of Jadovno deaths was made in 1942 by a former inmate, who claimed that 120,000 people had been killed. But a 1964 survey of World War II victims by the War Victim Census Commission reported only 1,794 victims in Jadovno.

That’s quite a gap.

The 1967 Military Encyclopedia of Yugoslavia estimates that 72,000 inmates died in the camp.

The 1971 edition of the Encyclopedia of Yugoslavia revised its number to 72,000.

In 1983, Serb theologian Rev Atanasije Jevtić suggested that 80,000 inmates were killed. But Croatian-American economist and military historian Jozo Tomasevich thought this claim was “exaggerated” and not based on documentation or detailed investigation. Tomasevich and other historians estimated in the late 1980s and in the 1990s a number between 15,000 and 48,000 victims.

“We want the whole truth about these horrifying death camps to reach the Croatian public and the international community, especially young people who know nothing about them,” said the coordinator of the Jewish communities of Croatia, Ognjen Kraus.

Kraus warned of groups systematically denying that the fascistic NDH was a criminal state, and accused Croatian media and elected officials of helping to erase the country’s Nazi affiliation.

“A few days ago, the president of Croatia received representatives of the pro-Ustasha initiative Hrvatski Obredni Zdrug Jazovka for whom Jadovno is a lie,” Kraus said. “It should be made clear who was the victim and who the executioner, who was the fighter and victor and who the criminal and defeated.”

The Ustasha – Croatian Revolutionary Movement, was a Croatian fascist, racist, ultranationalist and terrorist organization, active, as one organization, between 1929 and 1945.

Not going to happen, due to these developments, which mirror similar trends across eastern Europe:

Croatia and Israel established full diplomatic relations on April 9, 1997, following Croatia’s independence from the former Yugoslavia. Croatia has an embassy in Tel Aviv and honorary consulates in Ashdod, Caesarea, Jerusalem and Kfar Shmaryahu. Israel has an embassy in Zagreb. Relations between the two countries are friendly and highly cooperative. In recent years, Croatia and Israel intensified bilateral relations and cooperation in defense and security. Croatia is one of the few EU countries that advocate for Israel, and it usually abstains or votes with Israel at the UN. 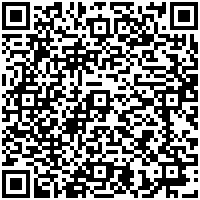