The yellow corner house in Braunau, on Austria’s border with Germany, where Adolf Schicklgruber (Hitler) was born 100 years ago, on April 20, 1889, will be turned into a regional police headquarters, the Austrian government announced Tuesday.

The stone that was erected in front of the building reads: “For Peace, Freedom and Democracy. / Never Again Fascism. / Millions of Dead Remind [us]”.


Austrian Interior Minister Wolfgang Peschorn said in a statement that “the future use of the building by police will be an unmistakable signal that this building shall never serve to commemorate National Socialism.”

After the Nazis had taken power, the house it was bought by the party and used as a fascist cultural center. After the war, the house was returned to the original owners and served as a library, a technical school, and a handicapped care center. In 2016, the Austrian parliament voted to acquire the House and block access to neo-nazi pilgrims, as well as the annual anti-fascist rally outside the building on Hitler’s birthday.

The interior ministry initially wanted to tear down the building, but ran into incensed politicians, historians, and local residents. So the ministry invited submissions from architects to convert the building into a police facility. A competition will begin this month with a jury that includes a representative of the town. The happy winner will be announced in the first half of 2020. 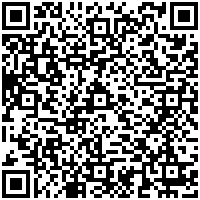