The European Jewish Congress (EJC), along with its partners in the World Jewish Congress, the American Jewish Committee’s Transatlantic Institute and B’nai B’rith International, presented the first-ever action plan to combat anti-Semitism to the Council of the European Union and the EU Coordinator on Combating Anti-Semitism, Katharina von Schnurbein.

The document is an unprecedented action plan with concrete proposals for the European Union and Members States to fight anti-Semitism, following the Council Declaration of December 6, 2018 on the fight against anti-Semitism and the development of a common security approach to better protect Jewish communities and institutions in Europe.


Among other recommendations, the Action Plan calls on all EU Member States to adopt in full the IHRA Working Definition on Anti-Semitism and proposes crucial steps, such as closer cooperation with communities on security, improving data collection on hate crimes and creating common guidelines for countering anti-Semitism in education that will provide long-term positive effects for Jewish communities in Europe.

“This is an excellent and detailed document which we hope the EU Council will adopt in order to make our communities safer and more secure,” said Dr. Moshe Kantor, President of the EJC.

“This is what we, European Jewry, require to reverse the disturbing trend of rapidly and horrifyingly increasing anti-Semitism across our continent.”

“As sought by the EU, this document is our answer to hate and intolerance against Jews. If there is to be an end to the current deluge of anti-Semitism then it requires a holistic, strategic and forward-looking response.”

The Action Plan also requests from the EU to address anti-Semitism within its Human Rights Dialogues with third countries, counter bias that might fuel antisemitic stereotypes and condemn anti-Semitic discrimination of Israel or Israelis through their exclusion in culture, sport, academics and art.

The document was welcomed by von Schnurbein. It followed the announcement by European Commissioner Věra Jourová to establish a high-level Working Group on the implementation of the Council declaration.

“As with all other minorities, the Jewish community should have the right to define hatred against it and assist in addressing ways to end discrimination at all levels and in all manner of new and manifold methods,” Dr. Kantor said.

“If our leaders are serious about combating anti-Semitism then we cannot allow any gaps or loopholes for discrimination and exclusion, and the battle against hate and intolerance needs to take place in the political, educational, legal, law enforcement, judicial and diplomatic arenas.” 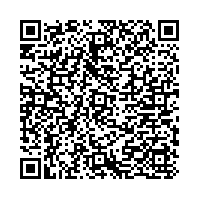