Israel’s Opposition leader Member of Knesset Yair Lapid had harsh words for the European Union (EU) following its condemnation of the assassination of Mohsen Fakhrizadeh, a prominent Iranian nuclear and weapons scientist, saying its stance is “moral bankruptcy and pure cowardice.”

A EU spokesperson on Saturday released a statement in which the international body said the assassination was “a criminal act and runs counter to the principle of respect for human rights the EU stands for.”


The EU’s High Representative Josep Borrell expressed his “condolences to the family members of the individuals who were killed, while wishing a prompt recovery to any other individuals who may have been injured.”

“In these uncertain times, it is more important than ever for all parties to remain calm and exercise maximum restraint in order to avoid escalation which cannot be in anyone’s interest,” the EU added.

Lapid responded by saying that the fact that the EU condemns “the justifiable elimination of the Iranian nuclear scientist instead of Iran’s attempts to obtain weapons of mass destruction and export terrorism to the whole world is a moral bankruptcy and pure cowardice.”

A senior Israeli official is quoted as saying that Fakhrizadeh was one of Israel’s worst enemies, and without him, Iran would not have achieved what it did in the realm of long-range ballistic missiles.

As for his death, he said that it is hard to see Iran finding anyone with his capabilities to replace him. 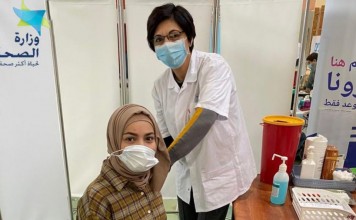