Last Wednesday, French President Emmanuel Macron shocked his nation when he announced he wanted to [expletive] off the millions of unvaccinated French citizens by keeping them out of public spaces. Macron regretted that he couldn’t “throw them in prison” or “vaccinate them by force,” but insisted he could still make their lives more difficult.

Macron suggested a new vaccine pass that would be enforced without compromise and make it impossible for the unvaccinated to sit in restaurants or cafes—which is most of what you do in your free time if you’re French—or go to the theater and the movies.

On Sunday morning, FM103 cited a Panels Politics survey showing that close to 61% of respondents who voiced their opinion on this matter supported the exasperated French president’s threats, wishing Israel would also turn the lives of the local unvaccinated into a living hell. Only 39% objected.

Also, it turns out the better educated and richer Israelis are, the harsher they would like their government to treat those pesky unvaccinated walking among them. About two-thirds of those with an academic education support the restrictions, compared with 58% with post-high school education and 41% who only finished high school.

Likewise, 68% of Israelis whose income is above average support enhanced restrictions, compared to 46% of lower-income earners, and 52% with an average income.

In Germany, even though Chancellor Olaf Scholz insisted he was “chancellor of the unvaccinated, too,” the government is excluding the unvaccinated from public life and is debating making vaccination mandatory. Neighboring Austria will enforce its first mandatory vaccinations in February.

The Italian government is considering making vaccination mandatory for people over the age of 60.

Incidentally, on the same Wednesday when President Macron lost it publicly, France registered 332,000 new cases of the virus in 24 hours. 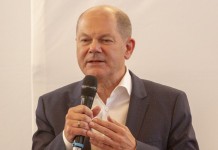 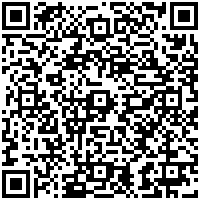