About a thousand people are expected to join a counter-protest on Friday against a what German media dubbed “far-right extremist march” planned to take place on Friday, November 9, the 80th anniversary of Kristallnacht. The rightwing group Wir für Deutschland (WfD) – We are for Germany – wants to hold a “march of sorrow for the victims of politics,” starting at Washingtonplatz and going to the government district.

The Berlin Senate has banned the march on what appear to be strictly emotional grounds: “I find unbearable the idea that on the 80th anniversary of Kristallnacht rightwing extremists would be marching—perhaps even in the dark with burning candles—through the government district,” said Berlin Interior Senator Andreas Geisel (SPD), adding, “Democracy does not have to put up with everything.”

The Berlin assembly authority (you just know they’d have one of those) informed the event applicant, one Enrico Stubbe, that his requested march “would blatantly negate the meaning and moral-ethical significance of this commemoration day.” The ban extends to include all alternative events.

“We can no longer tolerate open right-wing extremism under the guise of freedom of expression,” Geisel declared.

Stubbe called on his followers over his Facebook page that the march would take place, saying he was optimistic that the ban could be overturned by the court, where he had filed an urgent appeal. He says he had registered the event with the authorities half a year ago only to see it be canceled on such a short notice and without explanation, other than it would offend the sensibilities of Herr Geisel.

Should the court lift the ban, expect counter-demonstrations in the streets of Berlin. A spokesman for Berlin gegen Nazis, (Berlin against Nazis), a project that counters “rightwing extremism and racism,” told local press: “The broad counter-protest by different initiatives and groups is being held to stand against this right-wing extremist group. It’s a deliberate provocation that they want to march on November 9th, the 80th anniversary of the pogrom night. On this day we remember Jewish victims of the Holocaust.”

And so the memory of the mass pogrom of November 1938 became fodder for the retreating Christian Democrats and Social Democrats in Germany before legitimate conservative, rightwing parties, such as Alternative for Germany (AfD) which embrace Jewish members. With the Holocaust looming so large over Germany, it’s difficult to tell apart German neo-Nazis, of whom there are many, from German conservatives, of whom there are many more. 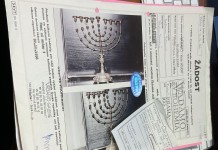 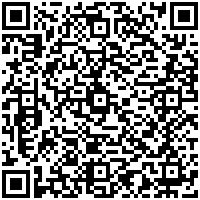