Hadas Malka, a 23-year-old female Border Guard Police officer was stabbed to death and other Israelis were wounded by three Palestinian Authority terrorists just before the start of the Sabbath on Friday near the Damascus Gate entrance to the Old City of Jerusalem. Attacks were carried out in two locations.

The attack began as the three terrorists armed with knives and a “Carl Gustav” homemade automatic assault rifle attacked people at nearby Zedekiah’s Cave, and tried to shoot and stab police. One police officer and two Arabs bystanders were injured, in addition, a woman required treatment for shock. All four were evacuated to Sha’are Zedek Medical Center in Jerusalem.


Police managed to kill two of the attackers.

The third terrorist got away and ran towards Damascus Gate.

The terrorist ran into Hadas Malka’s unit who were heading towards the attack.

The terrorist stabbed Malka, who attempted to pull her weapon while struggling with the attacker who was stabbing her. She was rushed in critical condition to Jerusalem’s Hadassah Mount Scopus Medical Center, where she later succumbed to her wounds.

Police in Malka’s unit opened fire in response and killed the third terrorist at the Damascus Gate.

The Fatah faction of the Palestinian Authority, headed by PA leader Mahmoud Abbas condemned the killing of the terrorists, calling it a “war crime.”

The Islamic State (ISIS / Da’esh) terrorist organization claimed responsibility for the attack. But that claim contested by the Popular Front for the Liberation of Palestine (PFLP), a faction of the Palestine Liberation Organization (PLO) headed by Palestinian Authority leader Mahmoud Abbas. Hamas praised the attack.

The SITE Intelligence Group reported ISIS referred to the attackers as the “Lions of the Caliphate.”

“In its first operation in Israel, the Islamic State (IS) claimed killing one female soldier and wounding others in a stabbing attack in the city of Jerusalem, declaring the attack “will not be the last.”

Gaza’s ruling Hamas terrorist organization welcomed the attack but did not claim responsibility for it. “The attack in Jerusalem is renewed proof of the continued revolution of the people against the occupier, and that the intifada continues until full freedom is attained,” the group said in a statement.

Defense Minister Avigdor Liberman commented in a statement that the Fatah stance showed clearly “there is no partner [for peace] on the other side.” He also praised the late policewoman for her “determination and courage,” noting how Malka tried to draw her weapon and struggled with the attacking terrorist as he was stabbing her. The officer, he said, was “an inspiration to all of us.” 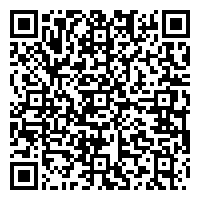