On Thursday, hours after Russia’s invasion of Ukraine, Minister of Immigration and Absorption Pnina Tamano-Shata held a situation assessment with Diaspora Minister Nachman Shai, representatives of government ministries, and involved groups where she was presented with a drastic increase in the number of applications to her ministry for Aliyah or from Israelis seeking to return home.

In Lvov, western Ukraine, where the Israeli embassy now resides, about 400 applied this week, compared to 60 Thursday morning, and there are dozens of online inquiries, mostly from Israelis. Three consuls receive Israelis and local Jews in Lvov. The embassy is weighing posting another consul in Kishinev.


Minister Temano-Shata instructed the inter-ministerial staff of the Absorption Ministry, the Population and Immigration Authority, the Nativ Liaison Bureau, and the Jewish Agency, to remove bureaucratic barriers to obtaining immigration visas, including digitally, and to assist as many applicants as possible to reach Israel. She also called for reinforcements at the Absorption Division at Ben Gurion Airport and cooperation with the Home Front Command and all the absorption components.

On Sunday, about 75 olim from Ukraine landed in Israel on a planned flight of the Ministry of Aliyah and Absorption in cooperation with the Friendship Foundation and the Jewish Agency for Israel and were processed by the ministry’s employees at Ben Gurion Airport. The Olim were received by Minister Temano-Shata, the ministry’s director-general Ronen Cohen, and other senior officials. On Sunday evening, 22 more olim arrived from Odessa.

Minister Tamano-Shata spoke on Thursday night with Rabbi Moshe Reuven Azman, the Chief Rabbi of Ukraine, and told him the doors of the State of Israel “are open to you, Israel is your home and the ministry will help any Jew who wishes to make aliyah.”

Rabbi Asman thanked the minister and raised with her the concerns he has heard during his meetings with the Jews in the local communities.

Rabbi Moshe Weber, a Chabad emissary in the eastern-Ukraine city of Dnipro and director of the Kolel Torah learning program throughout the former Soviet Union and Europe, told Chabad.org on Thursday (‘We Need a Miracle’: Jews of Ukraine Pray for Peace as Invasion Commences): “Until yesterday morning no one believed this could actually happen. There was a bombing of a military airport this morning but we hear nothing right now because we’re farther from the border. There’s definitely a sense of shock here. So far, people are calm. They’ve been buying up staples in stores and lining up at ATMs, but it’s been very orderly.” 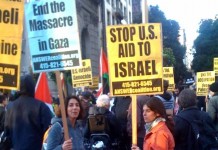 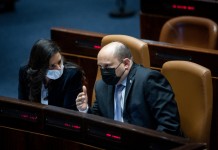 Shaked: 90% of Ukrainian Arrivals Not Recognized by Law of Return, We Can’t Continue Like This 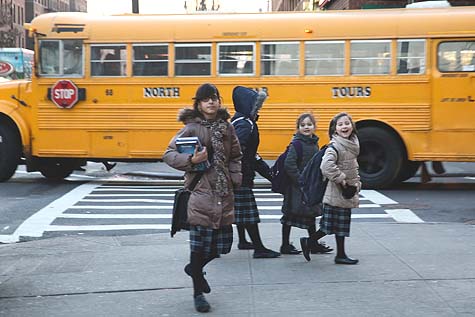 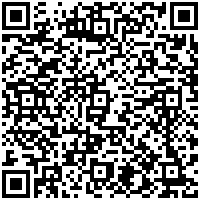