Prime Minister Benjamin Netanyahu was welcomed by Ukraine President Volodymyr Zelensky on Monday morning, at the presidential palace in Kiev. An honor guard was present and the two countries’ national anthems were played.

Actor, screenwriter, comedian, director and politician Zelensky, who was inaugurated as President on May 20, was born in 1978 to Jewish parents in Kryvyi Rih, Soviet Ukraine.


Netanyahu and Zelensky held a private meeting, followed by an expanded meeting with their aides, including Minister Zeev Elkin and Deputy Foreign Minister Tzipi Hotovely.

MK Eli Avidar from Israel Beiteinu criticized Netanyahu’s visit to Kiev, twitting: “The south is burning and on the verge of an explosion, Judea and Samaria experience a wave of terror attacks, and Netanyahu flies to shoot election footage in Ukraine. Brigadier General Meir Ben Shabbat, who was supposed to convene the security cabinet, is busy with Netanyahu’s photo shoot. It’s an unimaginable system crash.”

Netanyahu also participates on Monday in a wreath-laying ceremony at the Tomb of the Unknown Soldier, and the Holodomor Victims’ Memorial in Kiev. 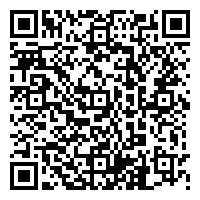