Guatemala’s decision to return its embassy to Jerusalem is “no less than the beginning of Israel’s victory,” a leading analyst and author told Tazpit Press Service (TPS) on Monday.


The event, he said, will likely set off a chain reaction, with countries in Latin America, Africa and even in Europe following suit in the coming months and years.

“I believe many countries will follow, and not only Latin American ones,” commented Dr. Gustavo D. Perednik, a native of Buenos Aires, Argentina and a well-known Spanish-language commentator on Latin American and Israeli affairs.

Asked whether the move to recognize Jerusalem as the capital of Israel had more than symbolic value – Perednik said the U.S. President Donald Trump’s decision, and Guatemala’s move to get on board was evidence that a major shift in international politics is at hand, particularly in Latin America.

“Symbolic? Absolutely not. Having foreign embassies in Jerusalem means recognition of Israel as the embodiment of Jewish history and serves to counterbalance the clepto-history perpetrated by the Palestinians over the past decades.

“It is just unbelievable that some Jewish organizations had reservations on this historic move,” Perednik wrote in an email exchange.

Notably, the move follows a landmark nine-day visit by Prime Minister Netanyahu to Latin America in September, making him the first sitting Israeli prime minister to visit the continent, and growing indications that the Spanish-speaking world would like to expand economic ties with Israel.

To be sure, there is room to expand: According to the economy ministry, Israel maintained a $739 million trade surplus vis-à-vis Latin America in 2015, the last year for which figures are available. Imports from the region to Israel stood at $754 million, or just 1.2 percent of Israel’s total imports. In the other direction, Israel exported $1.493 billion in goods to South and Central America, representing 2.3 percent of the country’s exports.

On the political stage, too, current trends around Latin America appear to be developing in ways that would be positive for Israel, most importantly vis-à-vis Iran’s attempt to infiltrate the region.

In September, ahead of Netanyahu’s visit, Gustavo Perednik said the Islamic Republic of Iran had spent considerable effort in recent decades to expand economic ties and to build terrorist infrastructure in South America, most notably with Venezuela but in other countries as well.

But Perednik said that in recent years, Tehran has been in retreat around South America, a fact underscored by former Argentine President Cristina Kirchner’s defeat and arrest warrant, by Netanyahu’s successful tour and by Guatemala’s move on Jerusalem. Perednik has visited Guatemala on numerous occasions, and lectured at the country’s main universities and military academy.

“For years, Iran was on the ascendancy in South America,” Perednik said at the time. “But it isn’t true today. To the contrary: We see that Iran is in retreat overall, although its nuclear capabilities are still an existential threat for us. That is why the Iranian threat is a top priority both for Israel and the USA,” he said. 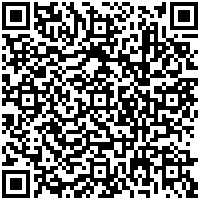