Russia has nominated the World War II drama “Sobibor,” directed by Konstantin Khabensky, for the best foreign-language film Oscar, according to producer Alexander Rodnyansky, a member of the Russian Oscar committee, who spoke to TASS on Monday.

In addition to directing, Konstantin Khabensky stars in it the captive Red Army officer Alexander Pechersky, who led the uprising.


Rodnyansky said the committee selected “Sobibor” over the competition as the Russian film with the best chance for winning an Academy award.

Director Vladimir Menshov, whose film “Moscow Does Not Believe in Tears” received an Oscar as the best foreign-language film in 1981, and who chairs the Russian Oscar committee, refused to speak to TASS.

The committee’s meeting lasted more than an hour, with many members voting via the Internet. Directors Vladimir Menshov, Nikolai Dostal, and Dmitry Meskhiyev, producers Sergei Selyanov and Yevgeny Gindilis and a number of others attended the meeting in person.

“Sobibor” highlights a rebellion of inmates at the extermination camp in eastern Poland that proved to be the only successful revolt within the Nazi system of labor and death camps.

Sobibor was an extermination camp built and operated by the SS near the railway station of Sobibor during World War II, within the semi-colonial territory of General Government of the occupied Second Polish Republic. The camp was part of the secretive Operation Reinhard, which marked the deadliest phase of the Holocaust in German-occupied Poland.

Jews from Poland, France, Germany, the Netherlands, Czechoslovakia and the Soviet Union (including Jewish-Soviet POWs) were transported to Sobibor by rail. Most were suffocated in gas chambers fed by the exhaust of a large petrol engine.

As many as 250,000 Jews were murdered at Sobibor, making it the fourth worst extermination camp, after Bełżec, Treblinka, and Auschwitz.

During the revolt of October 14, 1943, a group of some 600 prisoners tried to escape; about half succeeded in crossing the fence, of whom around 50 evaded capture. Shortly after the revolt, the Germans closed the camp, bulldozed the earth, and planted it over with pine trees to conceal its location. Today, the site is occupied by the Sobibor Museum, which displays a pyramid of ashes and crushed bones of the victims, collected from the cremation pits.

In September 2014, a team of archaeologists unearthed remains of the gas chambers under the asphalt road. Also discovered in 2014 were a pendant inscribed with the word “Palestine (Eretz Israel),” in Hebrew, English, and Arabic, dating from 1927; earrings; a wedding band bearing a Hebrew inscription; and perfume bottles that belonged to Jewish victims.

The Academy will name the nominees for the Oscars on January 22, 2019, and the awarding ceremony will take place on February 24 at the Dolby Theatre in Hollywood. 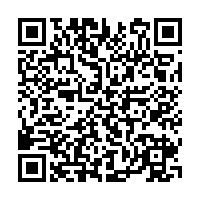