Bob Woodward’s new book, “Fear,” offering an inside look at the Trump presidency, claims that the President’s son-in-law Jared Kushner was behind the clandestine alliance between Israel and Saudi Arabia – a move he advanced against the advice of more experienced, senior White House officials, namely Defense Secretary James Mattis, then-Secretary of State Rex Tillerson and then-National Security Adviser H.R. McMaster.

According to Woodward, Kushner began pushing for a Tel Aviv– Riyadh axis almost as soon as President Trump had taken office in early 2017, proposing that the President’s first foreign trip would include stops in Saudi Arabia and Israel.

Woodward notes that while Kushner had stronger ties to the most senior personnel in Benjamin Netanyahu’s cabinet, he faced constant challenges from senior US officials over who should be the top Saudi official to work with.

“The message from them was that Kushner better be careful,” Woodward wrote about the Presidential son-in-law’s rivals in the White House. “The real solid guy was the current crown prince, Mohammed bin Nayef, 57, who was known as MBN. He was the king’s nephew credited with dismantling Al-Qaida in the Kingdom as head of the Interior Ministry. Showing favoritism to the younger MBS would cause friction in the royal family,” Woodward noted.

Woodward writes that Tillerson, who had worked with the Saudi leadership as CEO of ExxonMobil, believed that “engagement with MBS should be taken with a grain of salt. The US could work hard on a summit, and in the end have nothing.”

Woodward adds that “no one supported [Kushner’s] idea of a summit” in the spring of 2017, but Kushner got his way. “When it looked like they were close, Kushner invited MBS to the United States and brought him to the White House” in March 2017, two months before Trump’s first official trip to the Middle East, Woodward writes.

MBS had lunch with Trump in the White House State Dining Room, reserved for meetings with presidsential-level other foreign dignitaries. “This violated protocol, unsettling officials at the State Department and the CIA,” writes Woodward. “Lunch at the White House with the president for a middle-rank deputy crown prince was just not supposed to be done.”

Two months later, Trump visited Riyadh and then Jerusalem, and, as Woodward describes it, Kushner’s plan was realized fully.

Woodward concludes that “the next month, Saudi King Salman at age 81 appointed MBS, age 31, the new crown prince and next in line to lead the Kingdom.” MBS has been leading since then a sweeping—for Saudi Arabia—social reform from within, and an unprecedented program of quiet cooperation with Israel against the Iranian common enemy without. 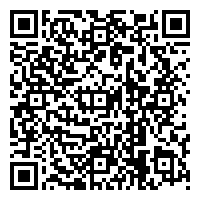