As many as 30 people, mostly children, were injured Wednesday night when a Lag B’Omer bonfire exploded in Stamford Hill, London, shooting a fireball into the crowd. Many of the injured suffered facial burns, according to the Daily Mail, citing Hatzalah emergency service workers.

The explosion erupted around 10 PM near the Biala Shul in Stamford Hill, as the Rebbe lit the bonfire. According to Yeshiva World, multiple smartphones had been dropped into the pile of rags prepared for the bonfire, as a statement against the spiritual corruption borne by smartphones and the internet.


According to Yeshiva World, the Rebbe spoke about the evils of the smartphone just before igniting the bonfire, and as soon as the fire was lit, there was a massive explosion and a large fireball.

As Samsung learned the hard way with its infamous Galaxy Note 7 smartphone, the lithium-ion battery inside the spiritually corrupting smartphone can cause a physically corrupting explosion.

“This […] will most certainly lead to fire and possibly even an explosion,” Lynden Archer, a materials scientist at Cornell University, told The Verge in October 2016. “When the electrodes come into contact, all the energy being pumped into the battery goes directly to the electrolytes in the middle instead of in the electrodes on the side.”

The Biala dynasty descends from the school of Prshiskhe (pronounced Peshiskha), the most revolutionary branch of Hasidism, out of which came Rabbi Menachem Mendel of Kotzk, Rabbi Mordechai Yosef Leiner of Izhbitz (Mei HaShiloach), and Rabbi Yitzchak Meir Alter of Ger (Chiddushei Harim).

The Rebbe Reb Simcha Bunim of Prshiskhe, who inherited the Holy Jew as leader of the school, was a pharmacist. He knew that lithium is highly reactive and flammable, and probably would not have placed it in a Lag B’Omer bonfire. 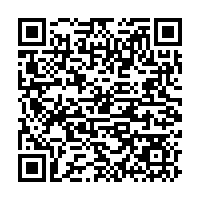