Police were called to London’s Stamford Hill to break up minyanim, both indoor and outdoor. The Metropolitan Police confirmed that they had “become aware of a small number of religious meetings.”

Gatherings of more than two people are forbidden in the UK.

Rabbi Avrohom Pinter, a spokesman for the charedi community who is liaising with local police over closures of religious institutions during the pandemic, told The Jewish Press, “In Stamford Hill most shuls are closed except for a shul here and there. There are over 100 shuls in Stamford Hill.”

Rabbi Pinter said isolation for members of his community is especially difficult as many of them don’t have Internet access. In the more mainstream British community, funeral and shiva services, as well shiurim and shul services, are being conducted via Zoom.

In London’s Golders Green, the rabbi of a shtiebel grew angry after learning that congregants were continuing to use Hager’s Beth HaMedrash Beis Yisochor Dov despite the national lockdown.

Rabbi Yehuda Hager was heard to say that he found people davening and learning in the shtiebel last week. He evicted them and posted the following notice on the door, “No Entry, danger of death.”

A London kosher bakery worker was threatened with a fine for marking the pavement outside the store with safe distance lines.

A local authority officer told the Grodzinski’s bakery worker that marking council property was a criminal offence. The employee countered that the shop had an outdoor trading license, which made the pavement its area. The fine was ultimately not issued.

The Metropolitan Police has urged officers to use “discretion where appropriate in these exceptional times.”

British and Israeli scientists are working together on a new anti-coronavirus drug that could be ready within weeks. Teams from the Weizmann Institute and Oxfordshire’s Diamond Light Source laboratory are trying to beat the clock to produce the drug.

Weizmann UK executive director Sharon Gould said: “I have never seen anything like this…the race is really on to find a solution to stop this deadly virus.”

A London Borehamwood family has crowdfunded a scheme to provide care packages to those in need during the pandemic in memory of their grandfather Alan Landesberg, who died two weeks ago after contracting the coronavirus.

Landesberg was a major donor to the Community Security Trust and Jewish Care. Care packages go to homes of the self-isolating as well as to hospitals.

Manchester’s Mechinoh school has been threatened with prosecution for not teaching about LGBT issues. The Department for Education warned the boys’ secondary school that it could be permanently shut if it failed to address the issue.

Head teacher Rabbi Eliyohu Rubinstein told the department that school is “not a place to discuss subjects relating to intimacy in relationships, sexual orientation and gender reassignment.”

The Department for Education threatened that unless a satisfactory action plan were produced in two weeks, at the next Ofsted inspection, the school would become deregistered and face prosecution if it continued to function illegally.

In the meantime, due to the coronavirus outbreak, all British schools have been shut and Ofsted inspections have been discontinued. 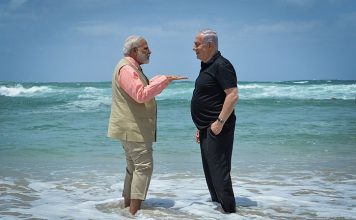 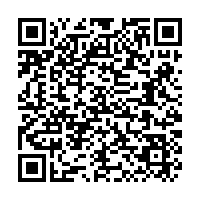