The Campaign Against Antisemitism (CAA) and YouGov say they have accumulated data showing that “one in three British Jews has become so fearful of mounting anti-Semitic crime and the failure to excise anti-Semites from politics that they have considered leaving Britain altogether.” This despite the fact that, as a Sunday CAA press release puts it, “Britons have been rejecting anti-Semitic prejudice. British society has shunned a growing worldwide addiction to anti-Semitism and proved that so-called British values are no mere buzzphrase, but are embedded in our national being.”

YouGov, commissioned by CAA, has surveyed attitudes towards Jews amongst the British population in 2015, 2016 and 2017, while CAA conducted surveys of British Jews’ responses to anti-Semitism in 2016 and 2017, in both cases using substantial samples of between 1,600 and 3,400 respondents. The research has shown that close to a third of British Jews have considered leaving the UK over the past two years. 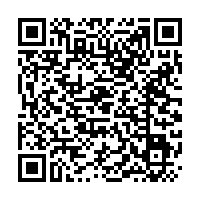