Mohammad Ali Mousavi Jazayeri, an Iranian Shi’a cleric who studied under Grand Ayatollah Ruhollah Khomeini and who is member of the Assembly of Experts—12 divinely ordained Shi’a clerics who carry the belief in the coming of the Muslim messiah—on Friday stated, “We declare candidly that Britain should be scared of Iran’s retaliatory moves,” over the seizure of an Iranian oil tanker near Gibraltar last week, according to the Fars news agency.

“We have shown that we will never keep silent when faced with bullying,” Jazayeri said. “As we gave a strong response to the intruding American drone, we will definitely give an appropriate response with this regard as well.”

Iran condemned the move as “maritime piracy” and summoned Britain’s ambassador to Tehran in protest.

The Russian foreign ministry on Friday condemned the British move, stating, “We consider the detention of the vessel and its cargo as a deliberate step geared to further aggravate the situation around Iran and Syria. Commentaries by UK and US officials that came immediately after this operation only prove these assessments and indicate that this operation had been plotted beforehand and involved corresponding services and agencies of several countries.”

The Russians warned that the incident may have serious consequences and that “responsibility for that will rest entirely on those who never stop their attempts to exert maximum illegitimate pressure on Teheran and Damascus in violation of United Nations Security Council Resolutions 2231 and 2254.”

Resolution 2231 endorses the Joint Comprehensive Plan of Action on the nuclear program of Iran. Resolution 2254 calls for a ceasefire and political settlement in Syria. 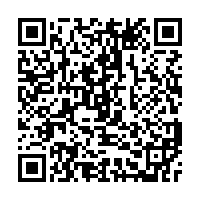