The remains of six unidentified victims of the Holocaust have been laid to rest in England with proper Torah ritual in Bushey New Cemetery in London.

“We have been given the privilege to show you dignity here at your funeral,” Britain’s Chief Rabbi Ephraim Mirvis said to the deceased as they were accompanied by approximately 1,200 mourners, including 50 Holocaust survivors.


The rabbi pointed out that the victims had been “stripped of their dignity, both in life and in death…”

The Chief Rabbi reciting the “El Malei Rachamim”, the mourner’s prayer, and Kaddish, by the grave at today’s burial ceremony for the remains of six Holocaust victims pic.twitter.com/7DQhGzLxQ6

The remains were held for years in storage at the Imperial War Museum in the UK, where the ashes and bone fragments were found during an inventory review last year.

An anonymous donor had bequeathed the remains of five adults and one child, along with other items – all of them from the Auschwitz concentration camp – to the museum in 1997.

‘We remember you every day of our lives,” said the Chief Rabbi. “You give us constant inspiration. You represent more than one million other children who were murdered. We have been given the privilege to show you dignity here at your funeral,” he said, according to team coverage by news agencies.

“When you were sent to your death, there was no light at the end of your suffering. Yet only three years after the Holocaust, the State of Israel was born.”

By 1945, one million Jews had been murdered by the Nazis at Auschwitz-Birkenau – one sixth of the total of those slaughtered during the Holocaust.

A memorial garden is to be built on the site where the six victims have been laid to rest. 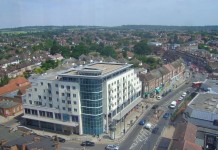 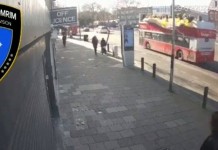 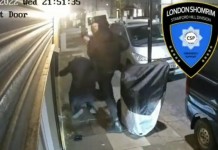 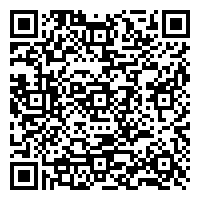