As Israelis purchased figs, olives, pomegranates and other items symbolic of the Land of Israel, and Jews around the world did the same in solidarity, Israel’s Ministry of Agriculture issued a call for shoppers to consider purchasing fresh produce from Israel this year to celebrate the Jewish holiday of Tu B’Shevat.

This Chabad Rabbi – dressed like this & on roller skates – just came into a restaurant in Israel where my relatives were eating, handed out dates to everyone, and then roller-bladed away ?#TuBishvat pic.twitter.com/r6AZn6BgwX

The holiday, marked on the 15th day of the Hebrew month of Shevat, began Sunday evening and ends Monday night. It’s also called the “Jewish Arbor Day” – the new year for trees – and marks the season in which the earliest-blooming trees in the Land of Israel begin a new fruit-bearing cycle.

Jews mark the holiday by eating fruit, particularly those that signify the bounty of the Holy Land, such as grapes, figs, pomegranates, olives and dates. It was the date on which farmers knew to mark the age of a tree, and the appropriate tithe for the Holy Temple in Jerusalem.

Farmers and growers participated Sunday in the celebration of the annual Tu B’Shevat seder held by President Reuven Rivlin and First Lady Nechama Rivlin at the official presidential residence in Jerusalem, together with representatives from the organization for bereaved families and from the Fruit Growers’ Association. Baskets of fruit were presented to the president and his wife at the seder.

Agriculture Minister Uri Ariel said in a statement on Sunday that “Farmers are today’s pioneers, and Israel’s agricultural produce is among the best in the world.”

Ariel called on Israelis to support local farmers and strengthen the agricultural industry, rather than purchase dried fruit from abroad.

The Keren Kayemet-Jewish National Fund (KKL-JNF) also marked the national holiday with a statement that said more than 600,000 trees have been planted in Israel over the past year, including 150,000 trees in urban areas, and 100,000 for agricultural purposes. 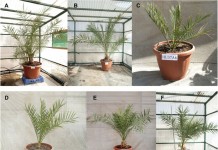 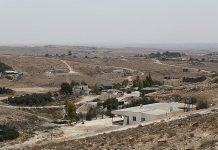 How Israel Rescued the Promised Land 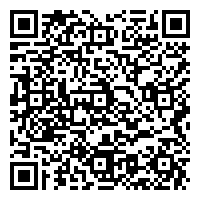