UK Prime Minister Boris Johnson tweeted on Thursday afternoon: “We’ve got a great new deal that takes back control — now Parliament should get Brexit done on Saturday so we can move on to other priorities like the cost of living, the NHS, violent crime and our environment.”


European Commission President Jean-Claude Juncker said the deal was a “fair and balanced agreement,” and both he and the PM are urging elected officials in both parties to support it.

However, Northern Ireland’s Democratic Unionist Party has issued a statement asserting it could not support the deal, presumably because Brexit would reinstate the border between their part of the island and the Republic of Ireland, which remains part of the EU. The party issued a statement on Wednesday, saying “as things stand, we could not support what is being suggested on customs and consent issues and there is a lack of clarity on VAT.”

The DUP’s support is crucial to PM Johnson’s effort to win Parliament’s approval before the October 31 deadline.

Should Johnson’s Brexit deal not receive Parliament’s approval, it would likely lead eventually to a general election, which could end up with a Labor-oriented government that might seek to reverse Brexit altogether. 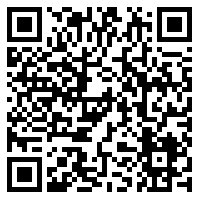