Britain’s Prime Minister Theresa May told the nation on Sunday that a new way of thinking and functioning must be considered in the wake of Saturday night’s vicious ram-and-stabbing terror attack in central London that left seven people dead and at least 48 injured.

British police shot and killed three terrorists wearing fake suicide vests who carried out the attack, horrifying thousands in Britain’s capital. Both Tories and Labour candidates suspended their election campaigns in the midst of the nightmare.

Within hours, May was in front of the cameras, telling the nation in a speech broadcast via BBC on Sunday, “It is time to say, ‘Enough is enough.’”

The attacks, she said, “are bound together by the single, evil ideology of Islamist extremism that preaches hatred, sows division and promotes sectarianism.

“Defeating this ideology is one of the great challenges of our time.

“It’s time to say ‘enough is enough.’ We cannot and must not pretend that things can remain the same… Terrorism breeds terrorism.

“While we have made significant progress in recent years, there is — to be frank — far too much tolerance of extremism in our country.”

She listed the attacks that were leveled at Britain thus far this year, and noted that British security services have also foiled another five “credible” terrorist plot since March alone.

Most British news outlets did not disagree.

Members of the staff of The Sunday Times were front-seat witnesses to Saturday night’s attack, and the paper’s chief sub-editor “had to leap out of harm’s way,” said an op-ed on Sunday. “Mercifully he was not hurt,” wrote the editor.

“It is possible the timing was no coincidence,” the editors of The Times and The Sunday Times went on, “coming on the eve of the concert mourning the victims of the Manchester bombing and only five days before the general election.

“Our message to the merchants of death is that Britain will not be cowed and democracy will prevail.” 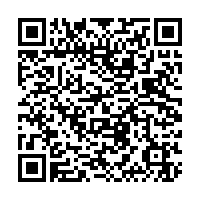