The United Nations reached a deal with Qatar on Thursday on the issue of delivering cash subsidies to Gaza, according to a joint announcement by Israeli Defense Minister Benny Gantz, Qatar envoy to Gaza Mohammad al-Emadi, and United Nations Special Coordinator for the Middle East Peace Process Tor Wennesland.

Iranian-backed Hamas, the terrorist organization that has maintained a firm grip on Gaza since seizing the enclave in 2017, has been threatening to reignite violence on Israel’s southern border if the Qatari money is not delivered.

“Under the new mechanism financial aid will be transferred to hundreds of thousands of Gaza people by the UN directly to their bank accounts, with Israel overseeing the recipients,” Gantz said.

Under the terms of the deal, 100,000 Gaza families will each receive a special card with which they can withdraw $100 in monthly subsidies from banks in Gaza.

Beginning in September, the subsidies will be sent by Qatar in $100,000 allotments to the UN’s World Food Program, which will process the payments for disbursement to the recipient families.

Qatar will also fund the purchase of fuel from Israel by Gaza to maintain the operation of its sole power station.

Monthly salaries for Hamas government employees, estimated at millions of dollars, will not be part of the deal.

For the past several years, the Qatari has hand-delivered some $30,000 dollars in cash to Gaza’s poorest families.

However, since the May 2021 Guardian of the Walls 11-day mini-war between Israel and Gaza’s ruling Hamas terrorist organization, Israeli officials vowed there would be no more cash infusions to the enclave until Hamas releases four Israeli captives – two living, and the bodies of two fallen IDF soldiers.

After the conflict, the only payments to Gaza allowed to resume were those that paid for the diesel fuel that runs the enclave’s sole power generator.

Gantz clarified on Thursday, however, that Israel has given up its insistence on the return of the captives in exchange for allowing the payments to Gazans.

Instead, the release of the captives is not being included in the deal that was reached. There was no explanation for the broken promise to Israel’s grieving families.

Gantz said only that Israel will “also continue our pressure campaign for the return of the Israeli soldiers and citizens that are being held hostage by Hamas.”

He added that he has “been in contact with Qatari officials to establish a mechanism that ensure the money reaches those truly in need, while maintaining Israel’s security needs.” 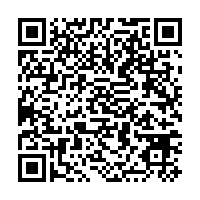